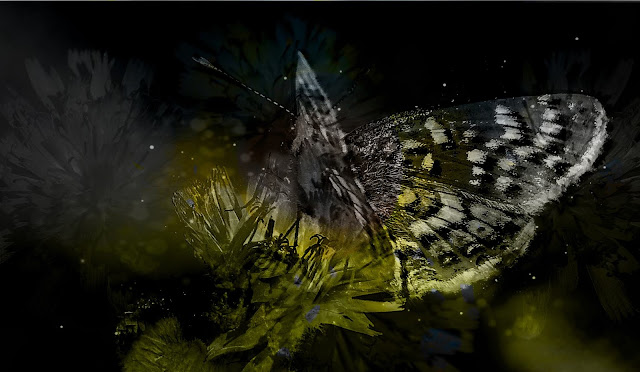 It sucks to grow up. A lot of kids wish to keep getting older and achieve these milestones and no one tells them that there will be a hell of a lot of hurt getting there. I've spent a little time over the last few weeks reflecting on how I got to this version of me, that is right now sitting in front of a computer at 1:30 in the morning, still feeling lonely and stupid. The same feeling that prevailed when I was fighting my way into adulthood. It doesn't change. You will always hold on to your insecurities.

But you don't have to respond to them the same.


For the kids like my son, who is wading through his teenage years, and all other kids trying to make it to your destination, here is my advice. This was advice no one gave me. These words are coming from sorrow, anger, resentment, and also moments of joy that cannot be expressed. They come from my heart...a heart that still hasn't figured out much.

Wait. Feelings can be very overwhelming and powerful. They can make you want to do things that you will probably be glad you didn't do later. It makes me sad to think about what the lives would have been like to those who left on purpose. We won't ever know and thats the saddest part. I think it would be great to sit and have another beer with Will and Joe and talk about the mistakes they almost made.

Be yourself. Trying to be someone else is a huge waste of time and energy. Stick it out if you are embarrassed of who you are. Take my advice above and wait. Be proud of who God is making you. Don't be so hard on yourself. As you get older, you will find a way to navigate who you are. I don't think I knew myself until a few years ago, or probably I never will.

At 18 years old I was already going through a lot of adult troubles, but with the mind of a teenager. Over the next few years, that eventually ended in a suicide attempt, I realized a very important lesson: All of these terrible things had happened to me and I couldn't control any of them. I had developed a victim lifestyle. It was me against the world. I even wore a "Fuck the World" pendant on my necklace because of my anger toward everything that wasn't me, but directed mostly at me. I let myself live a victim's life and that's a mistake. You can be a victim but when you give in to it and let bad things happen to you, you lose yourself.

So I pulled my face out of the mud and got to my feet. I put my faith in a God that I now believe cared and then I marched. I decided to take some chances. I took a lot of them. I got courage from my knowledge that you cannot really fail if you put everything out there. This is a principle I believe I have put into this blog most days. I am not a victim. I am who I am because of things that have happened. And while they still pain me to think about, they give me fuel to move on. This gave me the courage to sing. To write. To ask my wife for her phone number. To let all of the bullshit die.

Go For It. You won't get this chance again. In fact, those that don't go for it will have to sit and watch other people get what you wanted because you sat back because of your insecurities. Get up. Show confidence you don't have and put your guts on the table for all to see. They will respect you for it. At the least, you will build confidence...and confidence is everything sometimes.

Confidence helps to not get hurt by people that don't respect you because you are waiting to be a victim.


If It Feels Too Good To Be True...Do Your Best To Keep It. The old saying is not true. It comes from a defeatist attitude that everything bad is going to happen. Everything bad isn't going to happen. Sometimes when something good happens, you appreciate it, fight to keep it, and win it over. It's not due to luck or to them being bad necessarily...It's usually due to you being a good person and appreciating what you have, but also appreciating who you are without compromise.


Integrity. Never break a promise. When I say that, I mean, don't make promises unless you intend to keep them. If you say you will be somewhere, be there early. But don't let them know you were early. Don't lie. Tell people how you feel if it benefits them. If it will suck for them to hear, but you believe it will help them, tell them. Be lovingly and mercifully ruthless. It will help them. Then pick up the pieces with them after.

Thanks for reading...Z
Posted by Zombie at 2:40 AM