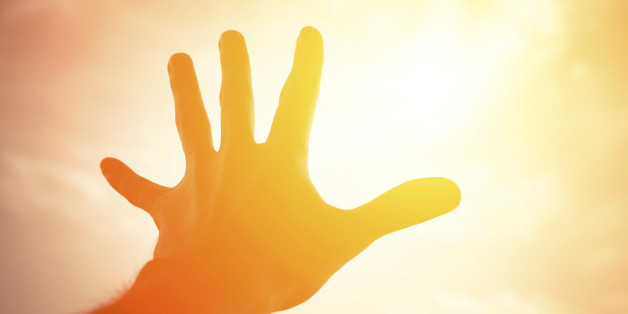 Guilt is like an old open wine that cannot be swallowed. It fills your mouth with it's bitter gull, but you carry it around with you because you think you deserve it. It's revolting, but you are unable to do the very simplest of things; to spit it out and let it go.

I'm gonna start with apologies that I should have made when they were alive. I didn't know I owed them until they were gone, because I was selfish and short sighted. In hindsight we are all geniuses right? I have to let the guilt go now. Honestly, I'm so tired.

You called me in utter distress and I gave you the wrong advice. I should have shut my ignorant mouth and said "I don't know." Instead, I told you what I was programmed to tell you. I'm so sorry.

I took advantage of you like so many other people did. I should have been a person that would never do that. I should have always protected you. You spent hours fixing things for people. You got very little pay or appreciation for it. But it was your time. It was precious moments of your life. Those hours are priceless now to me. I'd give you all of my money to get them back.

I didn't have the strength to go into that garage the day you died and face you. When Joe called me, I went into a different place and went to the basement and sat on a laundry basket. I sat there not knowing what to do. I took the longest route to your house trying to figure out how to handle what was about to cross my life. I walked inside and did not go there to face you. Everyone else did. Not me. It was a cowardly thing to do. If I could do it again, I would have been braver.

You were so much work. You lied all the time. You were always crying wolf. I knew you were in trouble. I acted, but not in the ways I should have. At some point, I forgot about that enormous heart you had for me and my family. I forgot that you would have always died for me. That's one of the biggest regrets of my entire life Joe. This one sits in my stomach. I swallowed this bad wine. It sits in my stomach now.

I didn't respond to your text. You texted me the morning you left. I didn't hear it because I decided to leave my job for another that required me to work nights for a time. You texted me at 10:12 AM.  I had worked until 7:30 that morning. I responded at 2:58 PM when I woke. I didn't get a response.

I'd give anything to have that conversation.

Like all of their family and friends, I'm finding my way out. I'm trying to find a way to enjoy the sun again. I've made some bad habits that I need to remedy, and I'm almost ready to do that. I have to cut my emotional attachment to feeling bad for something that they did. In the end, they were grown adults that made these terrible decisions that changed the lives of everyone around them. My brother Andy told me in a text the night Joe died, that I had no reason to be blamed. Joe had laid waste to everyone that loved him. I get it now. I didn't then. I could only see guilt. Those left behind, get to deal with the disaster they left behind. We end up trying to fix people that you broke.

I went through some photographs yesterday. There were so many of you two fooling around. I looked at the photos and realized that they didn't make me hurt in my chest. They made me smile like the photos of my kids when they were babies did. This wasn't always the case. Most times when I see photos of us together, I get and instant stomach ache and it doesn't leave until I pay some penance, usually in the form of an embarrassingly honest post on this blog.

I've settled in to a life without you two in it. The adjustment period was pretty strenuous, and I'm not saying that's over, but the the crisis part is. I'm enjoying watching my kids grow and become their dreams. I'm enjoying a marriage that is based more on quirky loving banter and less about what lies beneath our everyday speech.

I think about them everyday, but now I smile. They aren't always ghosts. Sometimes now, they are memories that remind me that I need to be a better person in this sometimes terrible world. I need to fight harder. I need to work on myself and close open doors to darkness.

All that being said, I'll never stop being sad I don't think. I don't want to. I think sadness allows me to empathize with others. I think it's the reason why God let it happen in the first place. He knit me together knowing I would be garbage to some people. At least I would experience it that way. He also knew about that unspeakable joy I would have in my heart when I got everything I had ever wanted. He gave me everything and took some too. In the end, I'm smiling and happy. I am absolutely broken, but full.

My son is just like me in both the good and bad.

My daughters are just like me in both the good and bad.

I'll never figure out why my brothers were able to do what they did. I don't have to. For once in my life, I don't have to. They did it, and the "why" is over. I'll always miss them, but I don't need to keep that wine in my stomach.