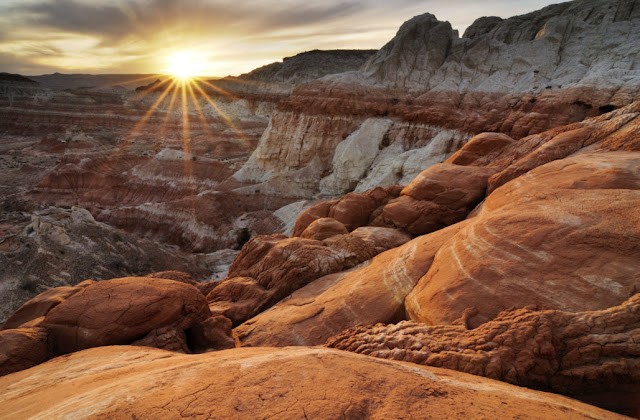 A modern day anti-depressant deals with the amount of serotonin that is sent and received from the brain. This chemical controls different emotions that rule a person's life. Those with an imbalance in this chemical will have a difficult time being human here, with or without the medicine.

I'll go quietly in the night, unlike when I came screaming in the day, I'll go remaining who I am. I'll go because the entirety of my life has been torture with this hope of getting better that has faded out like a light shining in the night, devoid of power. I'll go to sleep and it will all be over soon.

The medication stops the brain from telling you that you are sad. But it doesn't tell you that you are happy either. It just makes you look at things for too long without any reason for watching. So I stopped taking them. I stopped everything because things don't get better just because people tell you they will. "The drugs don't work, they just make you worse, but I know I'll see your face again." These are lyrics from the last song I remember remembering the words to. Then everyone I loved died in the fire, and it was only me and my thoughts. In a lonely hotel. Alone.

This was the last entry into my journal before I started running. I had been an avid runner before, but nothing serious. I found that running would solve some anxieties I had in life. I had a lot. Now I need to do it to save my life.


I started running west. I had brought only a cell phone and a small bag. I needed so badly to see humanity again. I ran from Michigan through Ohio and Indiana. I ran straight through the middle of America. I carried no money with me. I only asked for assistance with lodging and food from the internet forums. I really needed to see that there was still beauty in the world, and that someone could love someone they didn't know just because they were human. The news started following me in vans at one point. I guess I was looked at as a charity case or a mad man...I don't know. I had met so many people that took me into their houses at night. They were so nice and I shared everything with them. There was not reason to hold back. Might as well be completely honest with them. I got some advice from wise old women and I got some help from athletes about my pains. My legs hurt so badly. But everything else hurt worse, so I could take it.

I spoke to a single woman who took me in...a man. She gave me a bed to sleep in because of my letter that I posted. I had posted a call for help before I left running to every city that I would be stopping in on my run to the Grand Canyon. This woman sat on the porch with me and shared a bottle of wine with me. She told me about her failure in marriage and her fears about loving again. I just listened and stared into the beautiful sky that hovers above everyone everywhere. She was soft spoken and gentle and careful about her words. She reminded me of my wife, who is dead. She was a real person in a world full of data people.

I met a man who had a hook-up with a bed in the basement of a bolt factory. He worked there during the day and slept to the hum of the machines at night. There was this exhaust fan that blew hot air out of the back of the building. They let him put a mattress on the ground in front of it outside to sleep and keep warm at night. At first, I thought what you may be thinking; that it isn't much good. But when this man invited me to stay with him there, I laid down in front of it and felt it's heat and spent the night looking up at the stars with an overwhelming wonder and joy of being alive. I got the knowledge that everywhere is home to someone.

I met so many wonderful people. I got up every morning and put on my shoes and my pack and started running again. I ran thinking about all that I had seen.

When I was a kid, I had an ingrown toe nail. I went to the doctor and he snapped a rubber band on my other toe right before he pulled out the piece of the ingrown toenail. It was to distract me from the pain of pulling out a nail. It worked then. It didn't work now. The distractions didn't work because the original pain is permanent. There isn't a distraction big enough, but I'll try still...because of them. I learned to live with all of the pain on my trip pounding against the surface of the very earth I was born on. The inside of my legs were worn bloody, despite my use of lubricant. My feet were deformed and agonizing. My shoulders felt heavy. Everything felt too heavy and I always felt that I couldn't bear the weight. But I did. I kept standing. I want to see humanity again desperately. I want to suffer one last time. I want my suffering to become a witness to my family. My wife. My  two daughters. My two sons; they all left this world screaming in agony.

So that's why I run. I had been sitting on my porch without anything to do with my hands. I didn't much care for anything else, so I started running to the Grand Canyon, because that was the place I most found myself in wonder. The carving of the rocks and the depth of the fall. These were the things that drew me there. I just knew that I had to release their ashes to the abyss and move on.

I was an orphan. I was raised by everyone, good and bad. When I met her at the dance I knew she was my entire future. I felt it. I just knew. She did too. We married and we had 4 kids, two boys, two girls. I made life long bonds with all of them. They became the reason I got up for work every day. My girls and my boys. My two boys were just about to go away to college. They were twins. We had just had their graduation party with the slideshow and the food and everything. We were all sleeping and a blazing fireball from the sky struck the roof. The blaze didn't set in until we were sleeping. I got out only because my wife told me the kids were with her on the way out. I got to the curb and found myself alone. They wouldn't let me go back in. What a coward I was to believe her. I think I wanted to.

The house burnt down in front of me. I didn't hear them scream. I didn't hear anything from them. I watched the fire burn until it was coals. The news told me that my home had been struck by a small plane that had lost control during a wind storm. "The midwest is known for it's windstorms," the guy told me while I was waiting to be released from their emergency services. It was a moment in a series of moments that don't feel real to me now.

By the time I reached Missouri, I had become famous. My past was known to everyone. They knew my criminal record, my medical history, and my personal struggles. Everyone spoke to me as if they knew me when I reached their city. A lot of people offered me shelter, but I always asked the people that aren't offering. During my journey, I met the best and worst of America. There were the genuine lovers of humans and there were the documentarians who filmed my every move for films that will never be produced.

I was sitting in a public library watching television in the lobby when the pictures of my family reached the screen. They were telling a story that didn't belong to them. People I had never met spoke with authority about me. Everyone seemed to be so excited that I was still on my feet. One guy said that I was what America needed right now...an inspiration. I got up and pushed the door open harder than I should have and ran through the night in anger. I didn't want to be their inspiration. I didn't want their pity or their martyr songs. I just wanted to let my family go from me.

I reached Arizona broken. The climate got too hot and I found myself doing more walking than running. I felt weak and run down. People were scattered along the route shaking my hand and cheering me on. As I got closer to the canyon, the crowds got more dense and the road became a spectacle. I could hear the loud speaker near the base of the rim of the canyon. The guy was announcing my arrival. Reporters were running next to me with microphones in my face. More were waiting at the lip for me.

I reached the lip and took a walk away from everyone who were congratulating me. I went into the restroom to grab my journal. I sat in front of the door so no one could follow me. This was my account of my journey: I ran alone. I would face the abyss alone. I would jump off alone. The world is full of both God and the devil. I'm also full of both. God is with me, even if He doesn't agree.

I will go to the lip of the Grand Canyon and dump my box of family into the the place no one can return. I will not look at the crowd. I will jump.