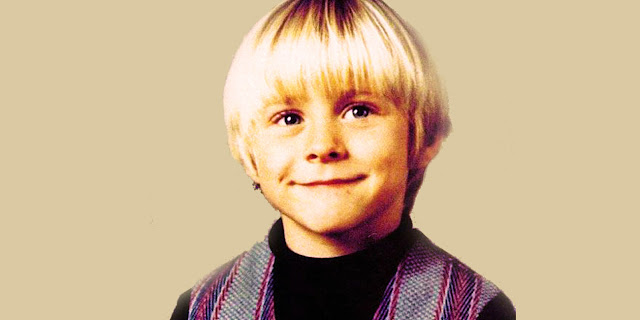 The introduction of Nirvana, and similar bands that followed such as “Pearl Jam”, and “Soundgarden” ushered in a deeper, darker, and possibly more destructive style of music in regards to it’s message. Despite the negative charge that Cobain brought into the headphones of teenagers in more conservative households, the music he wrote also touched on a nerve with the youth at the time. Teenagers were looking for meaning and confirmation that the things that were happening in their world were shared with each other, and then brought to life by this dark, dank, and unwilling-to-allow-you-rest-easy style of music. This was the age of “Grundge” rock that left the rock bands from before without an active audience, as they fled for the more relatable and edgy “New rock”.

To look at them as a band contrasting the bands that came before, one may see poverty or homelessness. The band’s hair was long and seemingly unwashed. They donned no make-up or frills at all, but came in with these shilling, cranky, and leaky guitars screeching through the music as if they were violently trying to hurt your ears. The lyrics were equally as shaking. Instead of the party time messages sent in the 1980’s, we were experiencing words that cut down into our own fears and inadequacies as we listen to Kurt Cobain belt out his pain in life from deep inside his guts.

What the band meant to me was similar to what the band meant to thousands of other teenagers witnessing the change of teen culture, live and in person. Cobain in particular, echoed my own heart at the time. I was an angry and angsty teenager, who didn’t want to hear anymore that life was a party. To me, life didn’t feel like a party, it felt like the most difficult thing a person could do. The music itself came in with an anger that to most parents at the time sounded like an unintelligible mountain of noise. But for us, this mountain of noise was the equivalent to screaming at the tops of our lungs off of a deep chiasmus ravine, which when the air had left, brought comfort and understanding.

Cobain may not have changed the times politically or set a good example of positive actions to our society, but what he did do was touch a button that was hidden for so long in the bellies of the youth of society. The music made us feel ok with feeling different. It gave us something to legitimize our anger and encourage us to live differently in an attempt to change our experience of life. Cobain wasn’t the musical genius but he embodied a fearlessness in regards to music.

Quoting Neil Young, Cobain finished his suicide letter with "It is better to burn out, than to fade away." I wish he would have seen it different, because the world lost an innovator of music and a voice of a generation of kids that didn't have the words. I remember as a kid, going to play tennis with a friend and seeing "RIP Cobain" spray painted on the wall behind the high school. I didn't know what to think. I rushed home and turned on MTV and saw the horror unfolding on television. I know he was a celebrity and that I didn't know him, but some artists move you, just like a ballet or a beautiful painting. The 90's would see copycat bands and cookie cutter grundge bands come and go and eventually fade away into boy bands and corporate punk. I believe this was the last time we have heard the radio play anything of real substance. Of course, I'm old now, so I bet the kids would disagree. I hope they do.