As it seemed, the entire world kept moving and eventually all signs of what made Robby a child were gone. But what seems to be true are not always. Robby always remembered Steven, his father. He always remembered the flowers. But outside, the streets of his home were broken and the garden uprooted. He could not bring himself to leave, despite the spurns of his love, his wife if not by marriage, Amy.

Amy was a schizophrenic he met at the park searching for flowers on the scorched earth of Hillsdale, Kansas...his home. She was the first warm body he had seen in months. She just sat there on the bench talking out loud to no one he could see. He didn't understand and never asked her. He hid behind a tree and listened to her speak. "You aren't going home, you're going to Neverland." "I can't even talk to you anymore, you're speaking so selfishly." "He isn't here yet, but he is on his way, I spoke to him an hour ago...as if you know." She wore this Batman shirt with jeans and sandals.

She went on like that for 20 minutes, 29 seconds before Robby said his first word to his second love. "Hello." She turned startled at first, but then turned back and continued, "Yes! That is just my brother, stop being so controlling!" Robby didn't understand courage, he was just courageous because it was in his heart to be. He knew fear, and his biggest fear was being alone. "He wasn't built for the furnace, but for the warmth of the sun and human contact," Steven used to say to him. He approached her bench and sat down next her at the opposite end. He kept taking exactly 6 inch advances toward her every 1 minute 15 seconds. Each advance, she would talk louder as if his proximity was distracting her from her conversation.

When he reached her side, he placed his arm around her shoulders. He didn't know why he did this. 99.997% of the time, Robby did what he would have predicted he would do, but that last bit was his little mystery that wouldn't be solved with metal or numbers. She didn't pull away, so his fear fleeted gradually as her speech began to fade, then disappear as a freighter would in the night; so quiet yet so massive. They sat still, looking at the wind blow, watching the swings as they would creak and wail. Robby missed the children that would play on them, then come and ask to hear a story, or ask him to solve math equations. Even their parents learned to love him. A few of the moms let Robby babysit.

Amy sat and remembered everything in scattered and disorganized patterns, each blending together to leave her always confused and afraid. When she was little and had a clearer mind, her mom let her watch a horror film. Mom had gotten a new boyfriend from the bar, named Dan. Her mom had fallen asleep next to Dan on the couch as Amy watched in terror from the rocking chair that looked just like the one she was watching rock itself in the movie. She looked for her mom, but found his gaze. "You scared Amy?" he asked. "Yes," she replied. "Come on over here, I'll protect you. I'll keep all the bad things away," he said. She sat by him and felt instant comfort. He put his arm around her shoulders and held her close as she shielded her eyes to the horror in front of her.

Dan would become dad to her over the years. Her mother got sick in the head and eventually threw herself off of a building into the road. Dan adopted her and gave her everything he could grab. The day the papers were final, he looked her in the eyes and told her, "You have everything I am and ever will be." He kept his promise until he got sick with the flu, like almost everyone else did. He died, and so did they. She hasn't remembered things very clearly since then.

Amy would follow Robby home that day and watch from behind a tree for hours, then finally knock on the door.

Robby gave her the ring Steven's mother had given him for a love that eventually only came in the form of a robot. This was Robby's most favorite thing. This was Amy's most favorite thing too. They lived quietly together much like that freighter in the night. She would speak to herself, but as the years went by she became silent...then stopped talking altogether. She would sit staring and he would try and calculate why her words were so few. The 99.997% of him calculated that she was catatonic as her mother was catatonic, but the rest of him could not be solved in numbers. So he made her colored paper flowers and walked with her to the park and anywhere he could think of that would make her speak to him again.

All that he tried had failed and Amy fell off of a building in the night with no one watching. Robby searched everywhere for her for years. One day while searching Wichita, he saw bones that wore a Batman shirt, with jeans and sandals. He approached and found his father's ring on her finger. Steven dropped to his knees. He felt 99.997% human, and 100% so terrible that he felt himself wretch and gag. He sat and watched the world die around him. All of the sudden it felt like it was happening so quickly. He picked her up and held her close, trying to bring her comfort. He walked all the way back home and laid her body down in the old garden next to Steven. He sat down on the other side of her, looked at the sun, which seemed like it shined without an audience. And spoke.

Robby collapsed into the dirt next to his wife and his father. And slept.


Thanks for reading...Z
Posted by Zombie at 11:58 PM Links to this post 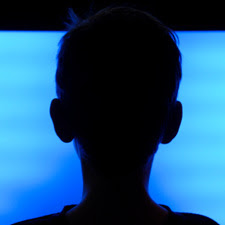 The world has been making me ask, "Who am I singing to? Where am I migrating?" I guess it's not just the world making me feel that way, it's me. I'm also the problem. It's a dark place that causes so much anxiety and I think we all need to sit down and look at a sunset and listen to something peaceful, or something that reminds us of when we were kids without these worries. I've had such a short fuse lately, or even for the last 5 or 6 years.

I had the opportunity to go on a weekend trip with some life long friends. We are all still young, but not kids any more. In fact, one of my kids is an actual adult. We went to a club to let loose and immediately found a place that had a live band playing songs from when we were the most idiotic, impulsive, and beautiful teenagers. It was like being a little bit young again. It reminded me that the world may be somehow missing that right now. Maybe we aren't going back enough to remember how awesome it was to be a kid. Maybe we aren't putting in the time to know just how even more amazing it is to be who we are right now.

I had a lot of fun, but Laura and I just wanted to get to our kids as fast as we could. We would hug them tonight and watch the last remaining episodes of "Stranger Things," and would eventually have to hold the kids while they wept at the ending. While watching the blue lights flicker on the screen in this basement in this city that sleeps, I looked to my left on the couch and saw my entire life and dreams curled up together with me. That is all I need. I just wish everyone had it, or appreciated it. I wish everyone could experience the awful weight that loving someone else so much puts in your guts. I am obsessed with my family and friends. So much so that all of my friends have become my family.


Thanks for reading...Z
Posted by Zombie at 12:50 AM Links to this post