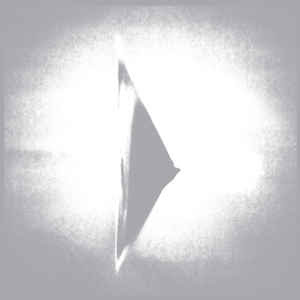 I wasn't always a monster. My favorite memory of a time you'd be proud of was when I rescued that girl from that terrible man trying to hurt her. You were already gone. This was during the part when everyone was dying. Bea was with me. I had to take his life, but I saved Elli. Bea and Elli were best friends immediately. When the storms rolled in and the lights went out, they would play games to take each other's minds off of their fear. I sat there helpless. What does a father say when he is absolutely positive that nothing at all is going to be ok? I let them play their games and I worried.

Mom, Elli died in front of Bea...torn limb from limb by a night walker. There was no way to console her. You had the great fortune of dying from the plague before they came. We all felt so much regret then, but now we wish we would have gone too. They came when more than half of everyone was buried. The world was in mourning and no one saw the worst coming because they thought it had already come. They came in the night and killed the old and young, eating almost every piece of flesh on their bodies. Those in between got bit. They would die for a few days. Then they would wake up in the night hungry and no where near the person they were.

Me and Bea fled to the mountains. We found a small cabin there empty, and stayed. Winter came, then spring, summer, and winter again for two years. We hunted. We trapped. We witnessed the demise of television, the internet, the newspapers, and finally short wave radio. The last thing we read was a headline that read, "For those under the sea, we have become prey." I clicked the link and it opened a letter to all that remained. It was just a man sitting in a basement of a house in California. He had fortified his home and surrounded himself with arms. He believed he was the final stronghold. But he didn't believe very strongly.

Bea and I were all we had left, and as long as she was living, that was all I needed mom. I guess you would understand that. We both missed Lena so much and would hold each other when our memories overcame us. We would pray every night, hoping there was a god that had a plan after all. We would pray that the most beautiful and loving woman either of us had ever known was happy and waiting for us somewhere that there is no darkness.

In a moment of rare weakness during the winter a year ago, Bea asked me to cover her face with a pillow so that she could see her mommy again. I shouted at her so harshly. I sent her to the other room on the deck upstairs. I was so angry. I threw my glass and it shattered against the fridge. The sound of the glass breaking startled even me because it was louder than I thought it would be. That's when I realized that the glass I broke was not the sound I heard. The glass had broken upstairs. I didn't even hear her go. I opened the door and realized that my baby girl was all over.

I went outside and shouted for them. I begged them to come for me. I screamed and I wailed and I cursed God. No one answered. No one came. They took her from me and didn't have the decency to end my misery. So I walked to the edge of the mountain, all the while listening to the restless activity in the trees behind me. I heard their feet crushing the leaves. I knew they were there. I didn't know why they weren't attacking me. So I jumped from the edge of the mountain. As I fell, I felt joy and peace for the first time in just over a year. Then I felt one of them latch on to my back and bite me on the neck as it pulled me to the other side of the mountain.

To anyone alive and still listening,

I was born with Xeroderma Pigmentosum, aka "Vampire Syndrome." It's a rare condition where a person is completely intolerant of the light. It was so crippling that I had to homeschool and live a nocturnal life. I would sleep all day in the cedar closet in the basement and my mom would educate me at night. I wanted to be an engineer, but she helped me find a more reasonable goal as an air traffic controller...because everyone is going somewhere and the planes torch the sky all night.

I got a job on the midnight shift, of course. I met a beautiful women who loved everything about me, even knowing who I was. My mother told me once that when she met my dad, he loved her regardless of her many faults. That was when she knew that he was the one. This girl didn't seem to see anything but me. The real me. It's hard to meet people and become well rounded when all of the people you speak to are middle-of-the-night people. I had a lot going against me, but she didn't care about any of that. She changed her job to the night shift and lived with me where I was. Her name was Lena and she was bitten and still walks the night somewhere, waiting to bite me too.

I'm still hungry every day. I sleep at night like those that used to rule the world. I sleep hidden from them. They are looking for me because I hunt them during the day. They hunt me at night. Yes, I will eat you if I see you. Like I said, I am not me.

Thanks for reading...Z
Posted by Zombie at 2:09 AM