Bob walks back through the great hall to the locker room. He sits down on the bench after taking off his protective gear. Sweat falls from the tips of his thinning hair to his nose, then to the floor. "5 O'clock buddy, time to poke the liver," Bill says." Bob replies, "Not today Bill. The liver's been through quite enough lately." "Come on man, she can't have both of your balls. Just go out with us for once. It's Friday!' said Bill. "I'm gonna go home. I'm tired man," Bob replies. Bob grabs his jacket and leaves for home.

6:30 PM. "Dinner's ready! Get John and Amy inside," says Sarah. John and Amy come in from the front yard covered in black soot and dirt. Bob looks behind them as they walk in and see a brand new black ashen snowman erected in the front yard. "You two are filthy," said Bob. "You should see the snowman," said John. Bob smacks him on the back of the head. "It's time to eat kid."

"How was school?" Sarah says. "Sam Smith got detention for hitting a lunch monitor. He cried all the way to the office, then hit the principle," said Amy. Bob can't help but to outwardly gasp to keep from all out laughing. Sarah gives him a dirty look. "Mom? Did uncle Joe really die in a glider crash?" asks John.  Sarah replies, "Of course sweetie, what would make you think differently?" "Gliders don't go very fast or very high, that's all. Today, we learned about the great sadness. Seems like he died at the same time as the explosion," John says. Bob drags his fork across the black textured plate, making a squeal that killed their ears. "This is a conversation for some other time than dinner time. I just got home. Can we talk about something a little lighter like; not how my brother died?" he says. "Sorry dad," John says.

10:00 PM. John puts on his bed clothes and picks up a book off of the dresser; "The Last Stand; How We Almost Lost the War" by Jim Reed. "Coming to bed so soon babe?" Sarah asks. "Yeah. I'm gonna read for a bit. I have to work OT tomorrow," he replies. "But we have a wedding?" says Sarah. "Sorry honey, it's mandatory. Chief says we are running out of guards. I'll make it up to you," he replies. "You always say that." she replies smiling. Sarah rubs his chest as he reads his book about how their world almost ended. By the time he shuts off the light to their small bedroom, he is energized and full of resolve. Reading about the reason he enlisted in the first place always reminds him that the fight must go on.

6:10 AM. Bob gets up out of bed just before his alarm clock would have gone off. He turns it off to not wake his wife. He sits on the side of the bed and looks at her like she was the only reason to breathe. Life has been so hard over the past 5 years, but she is his rock. He brushes her hair back from her eyes and combs his fingers through it. She doesn't wake, but smiles. He kisses her on the head and leaves the room. He visits Amy's room first, then John's. He kisses them both on their heads and feels full. There have been bad days, but today, he is full.

7:00 AM. John opens his locker and takes out a pair of white shin guards, followed by a white girdle. He straps the velcro white chest plate around his back, then puts on the arm protectors. He sits down and sighs. Of all days, this is the day he feels something bad is about to happen. He says a quick prayer to God. He asks for safety for his wife, for his kids, and for himself. He stands up and grabs the large white helmet from the upper portion of the locker and places it on his head...then grabs his blaster. 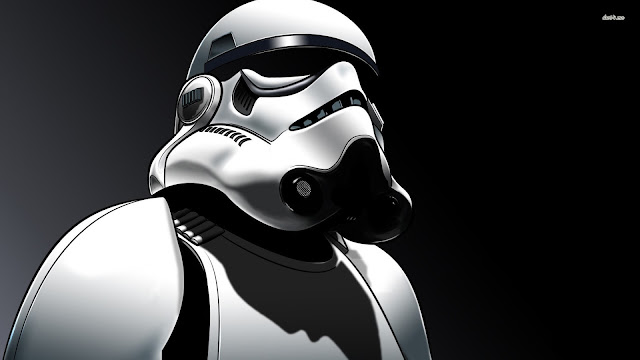