A Blog About Other People 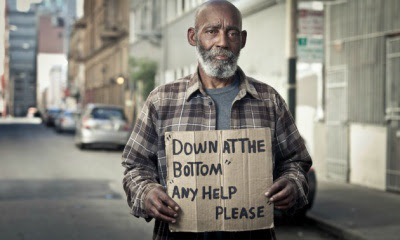 I don't have the creativity right now to express myself in a short story. I wanted to. I sat here and tried really hard to think of something, but there is simply no interesting story about "Hanging in there." When I say that, I mean that there is nothing at all new to speak of. I don't have any news or new feelings to express. Because of this, I haven't written anything to note of in a while. There is a Macklemore lyric that says "Ask more questions, talk about yourself less." I like it. I think there is real wisdom there. So this blog is for other people.

I was struck by a car in the late hours of the night. I laid there in the turn lane unable to move. Car after car drove by and I looked into the eyes of many people whose gaze told me, "Sorry, I won't stop for you." Cars drove by and humanity was lost in my heart. Until a terrible smelling black homeless man came running toward me. He shouted for me to hold on. Help was on the way. He got to me and told me that he didn't know what to do. He told a gas station clerk to call 911 for me. He didn't know how to help me, but he did tell me how I humorously shouted "What!" when I was struck. He told me that he thought I'd be dead. No one asked him to do any of those things. No one was watching him. He was free of the fear of losing something that doesn't actually mean anything. He knew what humanity looked like because he maybe hadn't seen it in some time. Maybe I would have driven my car right by him while he was laying in a rode. I don't know. I hope not.

It took me a long time to tell my future wife about the bad things I had done in my life. I hadn't murdered anyone with my hands, but I had killed a few with my words. I wasn't proud of the things God had forgiven me for. I had spent a lot of hours finding those people to apologize to. I had prayed for forgiveness and mercy. Then here comes this girl. I didn't deserve her and I knew it. I walked softly and was very slow to move because when you see a unicorn you are careful not to scare her away. I reluctantly took her on a walk I had taken every day for months to pray for forgiveness. I told her everything while trembling. She didn't see it. She didn't see the man I thought I was. She saw me. She loved me. That is a woman you marry. So I did. Holla if you see us! He will be the the two holding hands after almost 15 years.

There are so many more. I'm gonna save them for future "About other People" blogs. Truth be told, I led with the homeless man story because I didn't want to be so obvious that my wife saves me everyday because she doesn't like the attention...just like any other hero.