Into the Night ( A Short Story) 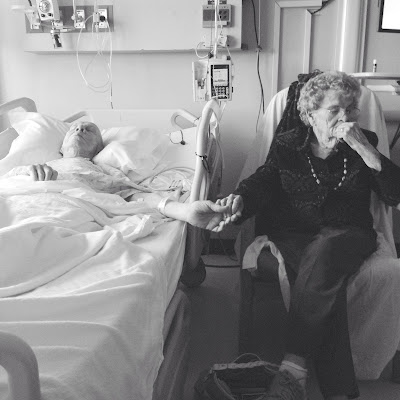 He looked at her as if the moment wasn't really happening. Her beautiful dress reflecting warm light across time and space, reminding him that what lives in that dress is being subdued by it. Her beauty was more than he could take.

This could not be him and she could not be her. He met her at a wedding. She was pretty in a way he had never seen before. She was that blossom tree that you see while driving that takes away your breath and beckons you to turn around and go back to it. But you don't ever, at least he never did. Beauty like that was something he wasn't accustomed to. So he would usually keep driving.

She was warm and promised more than beauty for a week before she would die all over the ground. She wasn't a girl he deserved or pictured himself with. Really, he didn't picture himself with anyone at all. Yet she loved him like he was the only person on the earth.

He looks across the isle and stairs into her eyes. He wasn't a person who cried much, but this moment tested his resolve. She was an angel. She was the only person in this world that would save him. He knew that the day they met.

She looked at him while he shouted in her face. He called her names and threatened to leave. She shouted back and accused him. They fought until they both felt awful, then would go to bed crying and hopeless.  No matter the offense, it was always the other's fault. It was always something that the other had done that was unforgivable. They had many moments of peace and harmony, but the bad days were very bad days.

She would think about that dress she wore and that smile on his face and it kept her working. He would think about his life before and the warmth of every time she had touched him. They both had a longing for each other that they couldn't voice. Both were so proud and stubborn. They would fight, but hope was found in the moments of anger evaporated by certain looks resolving into moments of laughter.

He was comfortable. She was comfortable. They rarely fought anymore. They watched television and drank together as if there wasn't a very sick world outside. They would laugh at the same time when someone said something that triggered an inside joke. She made his appointments and he made sure her cell phone was always up to date. They both loved the only way they knew how to love. It wasn't that they didn't know how to love the best way it would be perceived; it was that they were still both so stubborn and proud.

He sat up in the bed. The nurse came in to give him something that would make him tired in about a half an hour, but would help the pain. The problem with this medicine was that it made him let go of her hand and lose focus on her eyes. At the very moment before he would close his eyes to sleep, he would worry about whether he would wake up, then become anxious and regretful that he had been so proud his entire life. He wanted to tell her that he was sorry for all of the fights he knew he was wrong in, but made himself heard anyway. He wanted to tell her that she was the only reason he had lived such a wonderful and normal life. He was never destined for a normal life. She was that blossom tree that never died. The only beautiful thing he had ever gone back to. He wanted to tell her how very much he loved her, but he had lost his ability to speak weeks ago. The illness had taken away his ability to fight anything or anyone. In that moment, he could only squeeze her hand and fall asleep forever.

She felt his hand in the night. He squeezed her's harder than she could ever remember. He was speaking to her. She looked into his eyes that were glossed over and fighting to leave. Every time they would begin to fail, they would fight themselves open again. She knew this was the very last bit of love he could show her. She put his hand to her face and let her tears fall over his fingers. She brushed his hair back and kissed his head. "I'm sorry too," she said as he slipped away into the night.