The Last One Left 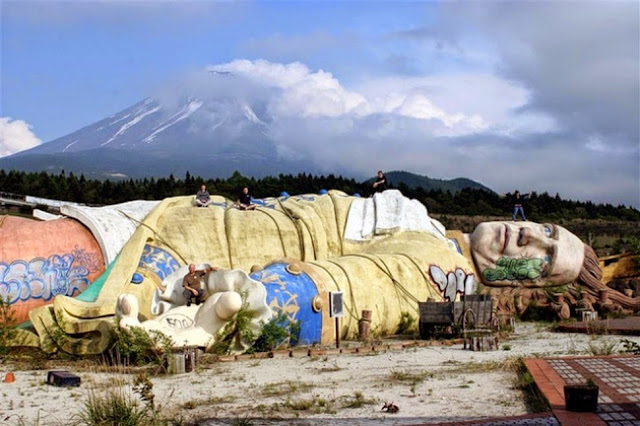 The heat burned away the outside edges of everything. The desire to see their children gave them tolerance of the fire for their kid's sake's. The room shook and "Private Page" started foaming at the mouth and seizing. A small cadet smothered him with compassion, but he would die on impact.

Steadway's eyes flicker like butterfly wings before opening to face the sun warming everything. A wire hangs from above his head. A fire burns to his right and to his left. Smoke billows from almost everywhere. There are no sounds of life fading away...only machines flaring and fighting and losing. He looks to his left and sees a burning Private Shumway, eyes open and mouth agape. He looks right and sees Private Page impaled by a support beam. He reaches out before his hand falls limp. Steadway doesn't feel any pain anywhere. He only feels dazed. He has been here before. When he was 7, he climbed a large tree and became too afraid to come down. He started to panic and cry for his mother. She came rushing out to him but couldn't help him unless he trusted her. She told him to let go and fall into her arms. She would catch him. He held on to that brach like a new mother holds her baby. The wind couldn't shake him off and neither could she. Only he could make the decision to let go.

Steadway reached for the floor and embraced it's stability to help himself up. In his memory, he sees himself letting go of that branch and feeling the wind move between the layers of clothing separating him from where he came from. He had to trust because he trusted no one but her. He reached his feet in that ship and surveyed the damage. Everyone was lost. Blood pooled and eyes seemed to look directly at him as he passed, but stayed fixed on the ceiling as he drew further. In the cabin was a familiar smell...the smell of blood. The sound of shrieking as every machine screamed out for help. His senses brought him back to the tree when he let go. He fell so far. He felt her arms wrap around his back and grip firmly, then falter. He remembered the very intimate moment when her fingers slipped beneath him and she shrieked. Just like the machine sounds.

Steadway opens the hatch and introduces sunlight into the haul. The light pierces his eyes and sends him backwards until he could adjust. He had never seen the sun from Earth before. "It's beautiful," he thinks. "Almost painful in both beauty and terror." He goes back to the tree and feels the unforgiving gravel crush his spine, the his head. He hears the shriek again, then a gurgle, then a large gasp for air. The noises aren't coming from him...but his mother. She had been crushed. Silence filled the air. He heard nothing at all. Just like when the sun invaded his life. He walked out staggering into the sunlight and felt an uneven surface beneath him. He smelled what his ancestors would have called "grass clippings" 60 years before he were born.  He felt the wind on his face and the sway of the trees as he staggered.

There was something so beautiful about the moment that he forgot he had once killed his mother. This was the first time he could remember not caring about her.

On the ship, they had built these replica trees that served to remind them that home was somewhere out there. He liked to climb them. This one time in our history, he climbed the largest tree because he was afraid of an astroid storm that was coming. He climbed too high and she came to his side again...like always. He couldn't find it in him to look down, so he let go.

Steadway gained his balance and looked upon the earth. Pieces of broken and dilapidated stone told him stories that he had only learned about in history books. He saw statues and buildings pierced with large stalks of weeds and trees separating them from what they once used to be. He stood for a moment and remembered the way the wind felt as it rocked him to sleep in those trees. You can hold on and not fall and nothing will happen, or you can let go and find out what life seeks to do to you. Captain Steadway takes another step, then another until he sees the entire world, empty of humans. Empty of death and suffering. Empty of the beauty of togetherness.

He couldn't help but to think of his mother, who had died trying to catch him. She had been buried so long ago and no one but him has thought of her in all of the earth. This made him sad, so he moved on and found an old 7/11. One of the Slurpee machines was still churning sugar somehow. This was the first electricity he had seen. Before he left, solar power was rare. In the city he saw posters all over the walls of missing people. He saw abandoned cars and bones laying all over the road.

Mostly he just felt the wind. This was a place foreign to him and the wind was the only thing he liked. He didn't much like the bones or the broken structures, so he left until he found another set of broken things, then left again. He eventually found a farm with working plows and a lot of trees to climb. No one was screaming at him...nothing beckoning him for justice or peace. He just felt the wind.

He lived until he was no more and the earth lived on alone.

Thanks for reading...Z
Posted by Zombie at 3:18 AM