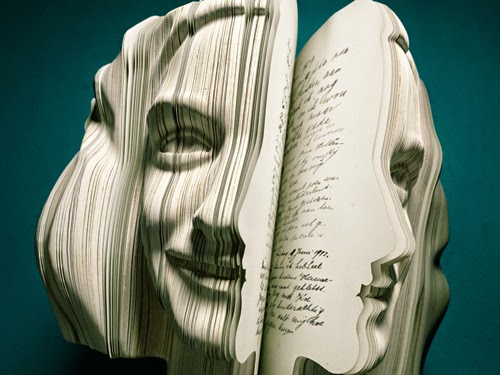 There was this symbolic thing I picked up from the movie "With Honors" somewhere in the 90's. When something that means something happens, you pick up a rock from the ground below you...or the nearest rock to you. This will be a stone memory of the event. I liked it in the movie. I now have a collection of rocks in a shoe box. I remember every one of them.

I know why collectors collect things. These are things that mean something to them. Ebay is still in business because of our nostalgia. We want what we used to have and lost. Somewhere we or our parents threw those things away without us knowing how much they would meant to us. The collected is the last bridge to our youth. I have a house full of relics. You have a house full of relics. When grandma dies, you ask for that one piece of her belongings that equate you to her and you hold then tight to your heart.

I have a clown that Will's mom gave to me that means more than most non-living things to me. It means so much to me because it not only connects me to Will, but because it connects me to her. I have sweaters and hats and photographs. They all mean the same thing. I have a connection to what is lost to me that I can still touch.

I think a lot of art is made out of this feeling of connection to the past. It's sad really. We...I long for what I can't get back. I want to see my brothers again. I want to just watch us make all of those dreadful mistakes again. I want to build the world largest penis on a snowman the world has ever seen again. I want to fish in the night while all of you are sleeping again. I'll be sure to put our catch into the video store drop box again.

It is because of the "can't" that we try so hard to relive or redeem the past. For some, the reason we do this is to remember. For others, it's to forever punish ourselves for letting go of such beautiful things. Both are true for me. I would never want to go back and stay there. I wasn't really happy then. I only see it as happy now that it's gone in some ways. This is an illusion...a trick our minds play on us. I would want to go back for a few hours and just watch because it would hurt me so badly to do so. Doing what makes it hurt worse makes it feel better, but eventually makes it worse. Really, the only truly happy moments I had then were spent with Will, Joe, Andy, and Jeff. Half of those people left my sight. So I cling to the last two. I cling to the past. Some of those times were beautiful and some were the heartache of being a foolish teenager.

It is very easy to idolize moments in your life and people because of your emotional attachment to them. We tend to put blinders on the things we idolize. I think the best me hasn't happened yet. I think we are constantly improving...even if that means we have to be purged from the ass of the devil to get there. My Creator isn't done with me yet. He isn't done with you either. Isn't ever great story of redemption built from the foulest manure? It's all about hope.

Email ThisBlogThis!Share to TwitterShare to FacebookShare to Pinterest
Labels: Andy, Jeff, Joe, Will