Songs of a Little Sociopath 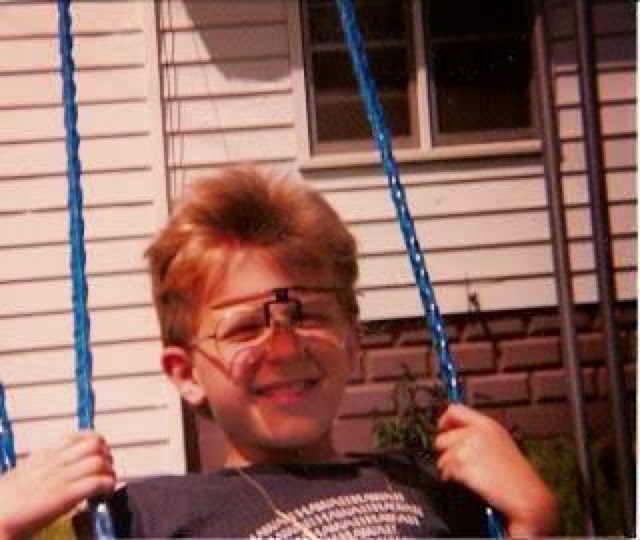 (Warning; This blog contains pseudo bad words partially censored with symbols and suggestive and sometimes blatant adult themes coming from the mind of a child. Please prepare yourself to be maybe offended.)


"I get laid, and my songs get played. Laying on a bit%$ my bed is made. I got songs. My comedy is at large..." Adam Coffman- 9 years old (First Deathstone song, and I can't remember the rest of the words.)

I'm gonna come clean with some terrible things I did as a kid. Most were directly influencing my much more innocent little blood brother Andy, 6 or 7 years old at the time of the above band quote. Andy was my lead and only guitarist. In fact, my hair metal band had only one musician. Every day, Andy would bring over his little white guitar and a small amplifier that would clip to his Bugle Boy jeans. When it was time to rock, I would turn up the bill of my Vision Streetwear skater hat and Andy would hold his hand onto the heart of his Hypercolor t-shirt until the chemical reaction was complete. He would switch on his amp and Satanic and perverse things would come from my mouth. Things that would make anyone's mother slap me. (Unrelated, but once I was on vacation with a friend and his mother actually did slap me after commenting on her neglect of her bikini line when we were about to go swimming.)

Andy and I would spend every weekend together when school was in session, and every day together during the summer. The summer was really when I blossomed as a psychopath. Below, I'm just going to list some things I did and get them out of the way for the sake of keeping a timeline for this blog and to prevent jumping around.

I'm going to stop there to prevent my mother and my friend's mothers and your mother from having a heart attack. Whew, I feel better now that you know all of that. I wasn't really a bad kid. I just had a very intense way of getting revenge and dictating justice to all of those around me. For the most part, I've outgrown or been punished enough to take more intelligent and palatable methods of venting. Although, I do still get these knee jerk reactions to decimate my foes every so often. Once my mother made me go to a family reunion dinner at a fish and chips restaurant. I didn't want to go. I was 18 and didn't have much of a taste for some of the characters infamous in my family. I took revenge. As the entire family was at the table, I announced the future arrival of my first child, to be born just after I graduated. I literally saw the blood leave her face, only to return when she saw everyone looking at her. She said, "Are your serious?" "Yup," I said and sat down. In hindsight, that was probably a bit harsh of a penalty for making me eat cod with family. Nine months later Olivia was born.

I'll save the rest of my high school years for other times. It just occurred to me today that I was probably the most dangerous kid another kid could be around.

Thanks for reading...Z
Posted by Zombie at 1:15 AM

Email ThisBlogThis!Share to TwitterShare to FacebookShare to Pinterest
Labels: Andy