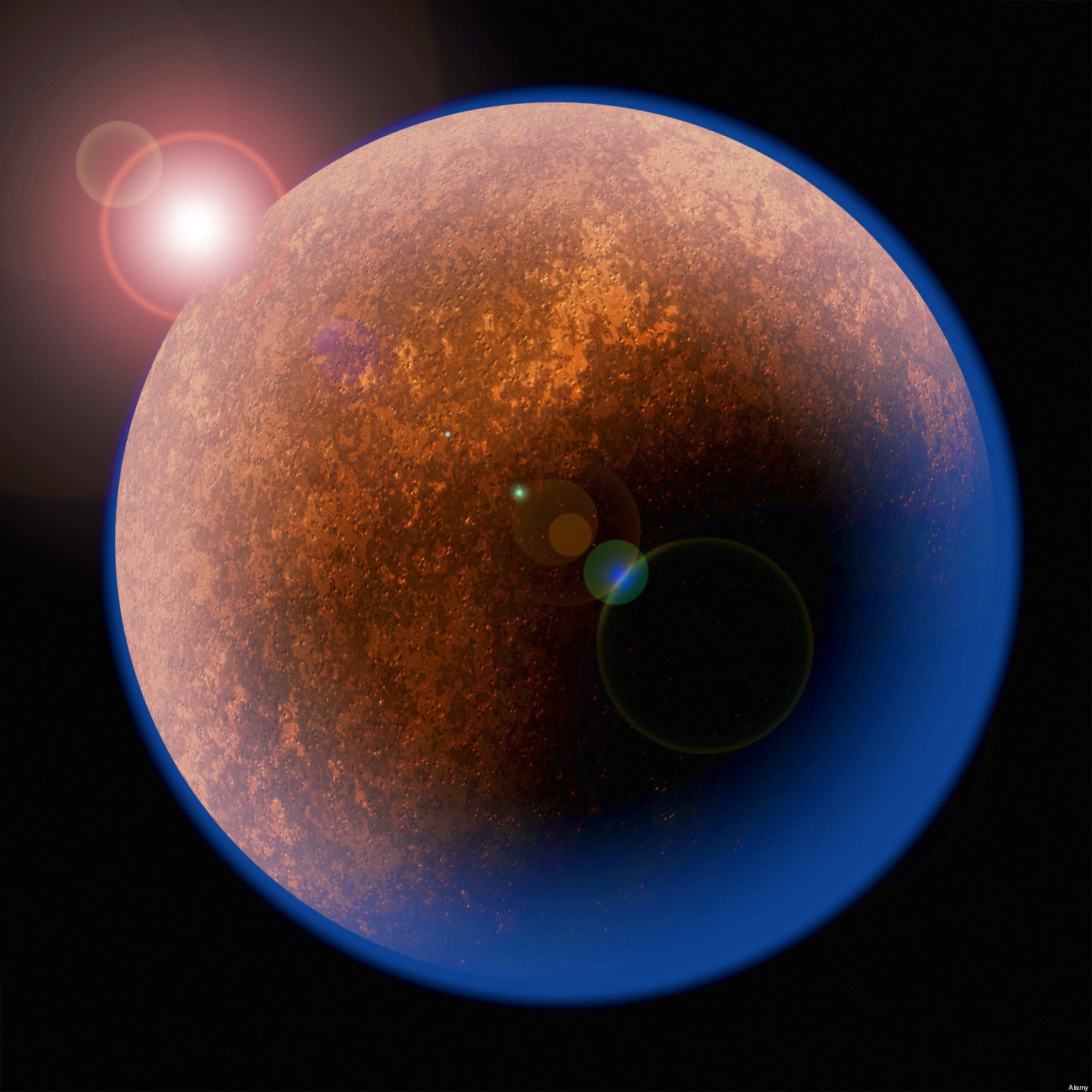 Arnold- "Everyone ready?"
Teague- "I've had quite enough of looking at the red planet, let's go home."
Arnold- "What? You don't like a little dust and sandstorms? Soft."
Teague- "276 days until we get home and I have a 16th birthday party to get to, let's go!"
Arnold- "When did you get so old?"
Teague- "Like we didn't walk the same stage. Oh, yeah, you were supposed to walk a year earlier right? Awe."
Arnold- "Mhmm, did you see my Flight Commander patch anyone? I think I may have dropped it while second-in-class Teague was rambling. Hey Teague, getting lonely in the Independence yet?"
Hogan- "Pissing all over the place! Can we go losers?"
Arnold- "It's been a pleasure meeting you Martians, you weren't very hospitable, I mean with no one showing up and all, but we have some of your rocks, so...Let's go!"
Hogan- "Initiating thrusters, commencing ejection in 5-4-3-2-1-Ejection activated."


A high frequency clip in the audio. Static. Radio silence.


Houston- "Taurus, status check. Systems are down on your side, confirm?"

Houston- "Complete system failure on Taurus, can we get satellite visual?"


Houston- "Check the history on the box, see if you see anything malfunction."
Monk- "Right away sir."


Monk- "Thruster two systems check alarmed right before ejection."
Houston- "Exploded?"
Monk- "Seems like it sir."
Houston- "Get PR in here, and call in their families for a meeting. Call the President first."

The Independence- "Static."
Monk- "Hello? Independence? Confirm, over."
The Independence- "Static, he-static, hell-static, hello? Houston? Static. This is Comma* Modu* *ilot Teague, ove*"
Monk- "Call Mission commander Reynolds! Changing bands for optimal frequency. Teague, great to hear your voice. Are you ok? Over."
Teague- "I'm ok. I feel pain everywhere, but I'm ok, over."
Monk- "Patch him in. Commander Reynolds, we have communication with The Independence and Teague, I'll patch you in."
Reynolds- Teague, what happened? Are you ok, how is everyone else, over?"
Teague- "Gone sir. The Taurus exploded. I can't see much, I'm spinning pretty fast, but I can see pieces of the ship around me through the window, over.
Reynolds- "Have you performed a life support systems check on The Independence, over?"
Teague- "Yes sir, everything is operational, over."
Reynolds- "Monk, check the status of The Independence's power and operational functionality."
Monk- "Yes sir."


Monk- "Sir, only two power cells remain on the The Independence."
Reynolds- "Not enough. Teague, can you confirm the rate of power consumption? Over."
Teague- "Yes sir, losing power at 2,000 Joules a second, source is at 85%, over."
Reynolds- "Are any thrusters working Teague? Over."
Teague- "No sir, fuel gauges read empty. In fact I can see fuel in the air as I spin, over."
Teague- "Monk, get the United States Ambassador on the line. We need another rocket."
Monk- "Right away sir."

Monk- "Sir Ambassador Kelly is on the line. Patching now."
Reynolds- "Ambassador, hello."
Kelly- "Reynolds, I've been filled in. I'm afraid the only available rocket is in China and it isn't ready for launch until 2024. There isn't anyone on the Mars station right now to intercept. I'm sorry."
Reynolds- "Yes sir."

Teague- "I heard sir. It's ok. Any radio contact from anyone on the Taurus? Arnold? Over."
Reynolds- "No, sorry, over."
Teague- "Any ideas. Over?"
Reynolds- "I'm afraid not. Over"
Teague- "System power at 65%. I know how this ends. It ends in an icicle. Over."
Reynolds- "I'm sorry son. I don't know what to say. It's going to start getting cold in a few hours; then really cold. Do you have any sleepers? Over"
Teague- "I have two. I'll get in one and zip the other over the top. I also have three hot packs from the med kits. I'll throw those inside the sleepers. But sir, if I have to go anyway..."
Reynolds- "Your family is on the way. They will be here in 4 hours. That's as fast as it gets. Over."
Teague- "That is a really good reason to stay warm....over."

Reynolds- "Teague, you still with us? Over."
Teague- "Yyyeah, roger."
Reynolds- "Hold on kid, your family is 15 minutes away. How are you feeling? Over."
Teague- "Ppppretty cccold ssir. Ovver."
Reynolds- What is your system power? Over."
Teague- "I ccan't mmmove ssir."
Monk- "The Independence system power is at 0% sir. He's working with insulation. It won't last long."
Reynolds- "Talk to me kid. Stay awake."
Teague- "Thhey ssaved mme sir. Mmmy wwiffe and kidds. Mme and Arnnold were rraised in the ssame orpphanage. Wwe would look at the sttars and ssee our futture. Arnnold was smmarter than mmme. I was alwwways in ddoubt of mmyself. Shshe made me abbove huhuman. Ththen they were born and I llost all fear... Oover."
Reynolds- "Did I ever tell you that my dad left before I was born? He just up and left us. For most of my life, I wanted him to come back and save me. I got through high school...barely. My mom cried at night, not knowing I could hear her. She would come to my bed and pray for me when she thought I was asleep. I went away to college to study the same stars you are looking at right now. I wanted so badly to be where you are right now, but I couldn't pass the physical test. My eyes are too bad. It broke my heart, but I fought because I knew that there was something out there and I was born to find it." I could tell you that the stars saved me, but it wasn't what you are seeing. It was my mother, who chose to keep living and pushing me to be better than my father. I saw him after high school at a grocery store. He was buying dog food. He approached me. Isn't that nuts? He approached me after all of these years. Do you know what he said? He said "How's it going?" I nearly spit up the grape I was stealing laughing. I realized then that I didn't need saving anymore...he did. So I gave him my phone number. I met him once a week to talk. He was boring and didn't know anything about physics or molecular structure, but he went along just fine. You're a fine kid Teague. The best astronaut in space right now. If only there were one more...sorry...bad joke."
Teague- "Hmm Hmmm Hmmmmhaaa hahahahahahaha
Monk- "Commander Teague, you are acting commander now I assume. I look up to you. I just wanted to say that. I was radio'd to tell me your family is in the building.

Sarah- "Baby? I'm here. Honey!"
Teague- "Hehey bbabbay."
Sarah- "Sweetheart, I love you. I've always loved you. They tell me you don't have much time and I don't know what to say. How do I say anything to you without saying everything?"
Teague- "HhhHhhhhhhhh."
Sarah- "Here is your daughter."
Elizabeth- "Daddy?"
Teague- "Iiiiiiiiimmm hhhheree bbbaybay."
Elizabeth- "I remember lying on your chest. I would listen to your heart beat. It was hard to hear, but I tried to listen to my own. Once, I put my fingers on your wrist and on mine and it made music. That's why I learned the piano. It was for you daddy, I love you."
Teague- "IhIhhhhI Lollloollve yyouou llllitttle fffoott.

A clinking noise. A swoosh.

Monk-"That's the airlock!"
Reynolds- "Are you sure?"

The sound of a bee hive mixed with a low frequency, and the sound of what sounds like doors creaking (Description edited). A breath sound.