The Cycle of Repeat 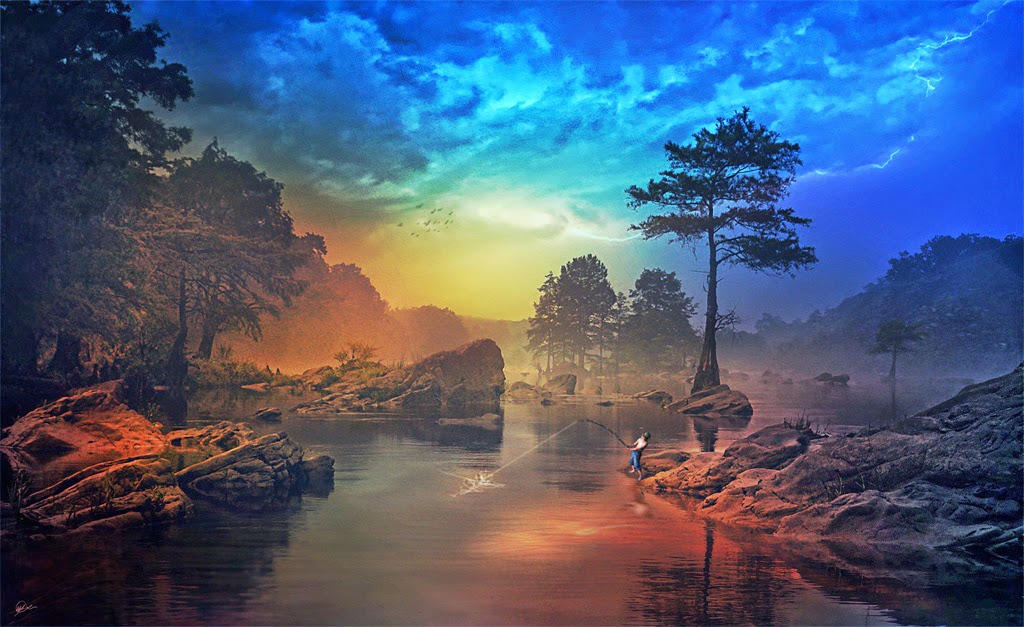 He was inconsolable. The blood of his bride ran over his ankle, to his foot and down to his toes, then into the flow of rain water that hurried without reason to the sewer. This wasn't what he had pictured for his life or the life of the woman who had saved him from the opiates.

He had met her here. Not in this exact place, but a pathway to the sewer all the same. He was lying in the middle of the road beneath the bridge. He was flying so high that he couldn't tell yet if he were on the ground or souring into his dreams as a child. He had bought it from this regular junkie type...prancing around and nervous. He unloaded the drug into his blood stream and let himself go somewhere that wasn't here.

She was under the bridge trying to retrieve her little brother, who had gone missing 7 months prior. Her brother was an addict and she only knew to look under the bridge. She didn't find whom she was looking for. She was raped and beaten because this is what awful humanity does. She was on her way out when she saw him.

He was shouting. He wasn't saying any words that could be understood. She didn't understand what he wanted, but she understood desperation when she heard it. She reached down to him writhing on the ground and put her bloody hand on his head.

He looked up and saw an angel. He had never believed in God before, but for this moment in time, he knew that she was a very slight, battered portrait of Him. She pushed his hair back from his face and tried to calm him down. She told him things that made him believe that the world was not over.

They talked all night long, moving from one closing diner to another. I think they both got what they had searched for from each other. He got a glimpse of something much better than him, and she got a glance at what it means to be human and falling.

They would meet many times for the next several years. They married on Christmas Day. She wore a big and beautiful white dress with her brothers pajama Batman shirt underneath. He wore the suit his father wore to his mother's funeral. Into their marriage, they both carried their own weight...and the weight of everyone they had loved and lost.

Despite the barriers against them, they flourished together. He stopped using and she let herself let go of her brother. They were happy together for once in an eternity.

The telephone rang. It was her grandfather. He had seen her brother under the bridge washing windows. She had to go. He begged her to stop and wait for his friends to arrive and help. She refused. She just could not wait a moment longer to see his face. She ran and ran.

He arrived under the bridge in his car just in time. She had reached her brother and looked deeply into his eyes. She expected him to know her. They had been through hell together, but he only knew what lied beyond her face, hidden deeply in the sunset. He only knew how to survive.

He watched her beg for her brother to remember him, but her brother wasn't her brother anymore. She threw her brother her purse and her phone. She cried and begged him to come home, but instead he rushed to her and cut her throat.

Her husband screamed and lurched toward his bride that bled all over the ground that he used to sleep on. He screamed like no man has ever screamed and beat her brother to death with his broken fists. The police would say that he kept punching until the blood mixed with the pavement and finally with his own blood.

He was committed to a psychiatric facility and deemed insane. He tried and tried to convince them that he was sane and deserved the electric chair but due to his circumstances, he was assigned to live the rest of his years in dark halls amongst the rattling of chains and screams.

He spent the next two hundred years rocking back and forth, trying to convince himself that he was insane. He knew different. He knew who he was murdering that night.

He was told in a dream that as soon as he could realize he was forgiven, he could walk through those doors and see his wife again. Alive. Waiting for him. In Heaven.

But he couldn't. He knew why he had killed that man. He knew that he was the same as him. He would have done it too then. He refused forgiveness and remains, to this day, in a state of repeating history. He is plagued to repeat the cycle of addiction, redemption, and revenge over and over until he can accept forgiveness.

Thanks for reading...Z
Posted by Zombie at 3:27 AM