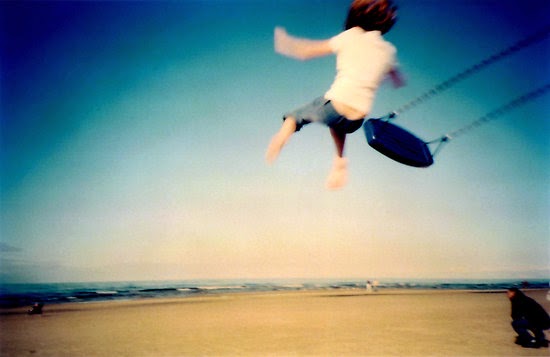 He held the button between his index finger and his thumb, rubbing his thumb across the surface of the crystal face. The button is dangling from a chain that hangs around his neck, a reminder that nothing is final anymore. Nothing has been final since his father gave him the necklace and explained the meaning of his life to him. His dad said, "Your purpose is to fix everything." That was a tall task. He delivered pizza at the time. Only God knows how many times his dad pressed that button. What he did know was that his father was tired now and something was left blank on his face. He handed him the button and fell asleep.

He feels something wet dripping down his head. His legs are stuck and he can't feel anything below his chest, which hurts every time he tries to breath at all. He is coughing up a lot of fluid and struggling to breathe between the expulsions of red vicious blood onto the steering wheel. He holds the button between his fingers and presses it again. And he dies.

Yet his eyes open in the same place he was when his father gave him the button, standing over the body of his dying father again. He smiles at his father and wipes the hair from his dad's brow; something he has always done when his father was drunk or dying. He let his father go again and went back into living. He went home to his pretty wife and cute kids and enjoyed their lives together all over again. Again, he got to see his son hit his first home run and his daughter skate as if the coliseum wasn't watching and win gold. He took his wife to dinner every night and gave her the very best of him. He corrected every mistake he had ever made in their marriage and continued to find more mistakes. He was nicer to people at work and to people serving him at restaurants and markets. He worked less hours and spent more time with his family everyday. He would hold on to his kids and wife as if everyday would be the last.

Then he would find himself pinned between a car and a guardrail. He'd find himself shot in some freak hunting accident. He'd find himself struck by lightning and paralyzed, just strong enough to fight his hand to his necklace and press that button. Each time, he did things differently. Each time he lived life more generously and less selfishly. He made adjustments and prayed that God would allow him to live this time. If he could just be good enough to be useful for God to let him live. He worked so hard to keep from dying. His biggest desire was to die without regrets...something his father had told him as a child.

He was bleeding out after a machinery accident when he pushed the button again. The next time he was running to keep his cholesterol down and slipped and hit his head on the concrete. The next, he just began dying in his sleep and was dreaming his passing when he pressed the button instinctively.

It became exhausting trying to figure out a way not to die. Every turn was death waiting. The begging and pleading wasn't working. He wasn't going to be good enough to live. Whatever he had done was going to be a permanent penance for his crimes.

He sat in the subway when he realized this. He sat in understanding and acceptance. He couldn't be perfect. His father couldn't be perfect. He had been holding on so long that his face was blank just as his father's was. He had seen his kids grow up so many times. He had loved his wife for God knows how many decades. Right now, he might as well be sitting on the ocean floor. He was so far from real humanity. In the subway, he realized he couldn't do it anymore. He just couldn't give his family another liar. To rewind is to lie. To edit anything is to lie. He wanted them to be at rest.

He paid the ticket and stepped onto the subway car and road the ride. As the squealing of the brakes started, he already knew to close his eyes. Your last moments are best felt looking at your life, not the environment around you. He felt his body release from his seat and soar into whatever was in front of him. He felt things crack and break and his head smash against something.

The noise died down and then silence reigned. He was in whatever existence we was going to be in. He lifted his thumb to the button instinctively and thought of his daughters laugh and his son holding his hand when he was scared. His son hated storms and his little girl loved to laugh. He thought of them and pressed his thumbs next to the button, but couldn't press it. He had to let them live without him. He had to go to where he belonged and wait for them. His last thought was of his beautiful wife and the way she would lay her head on his shoulder. He thought to himself, "I was the luckiest man alive." He dropped his hand to his side and let them all go.