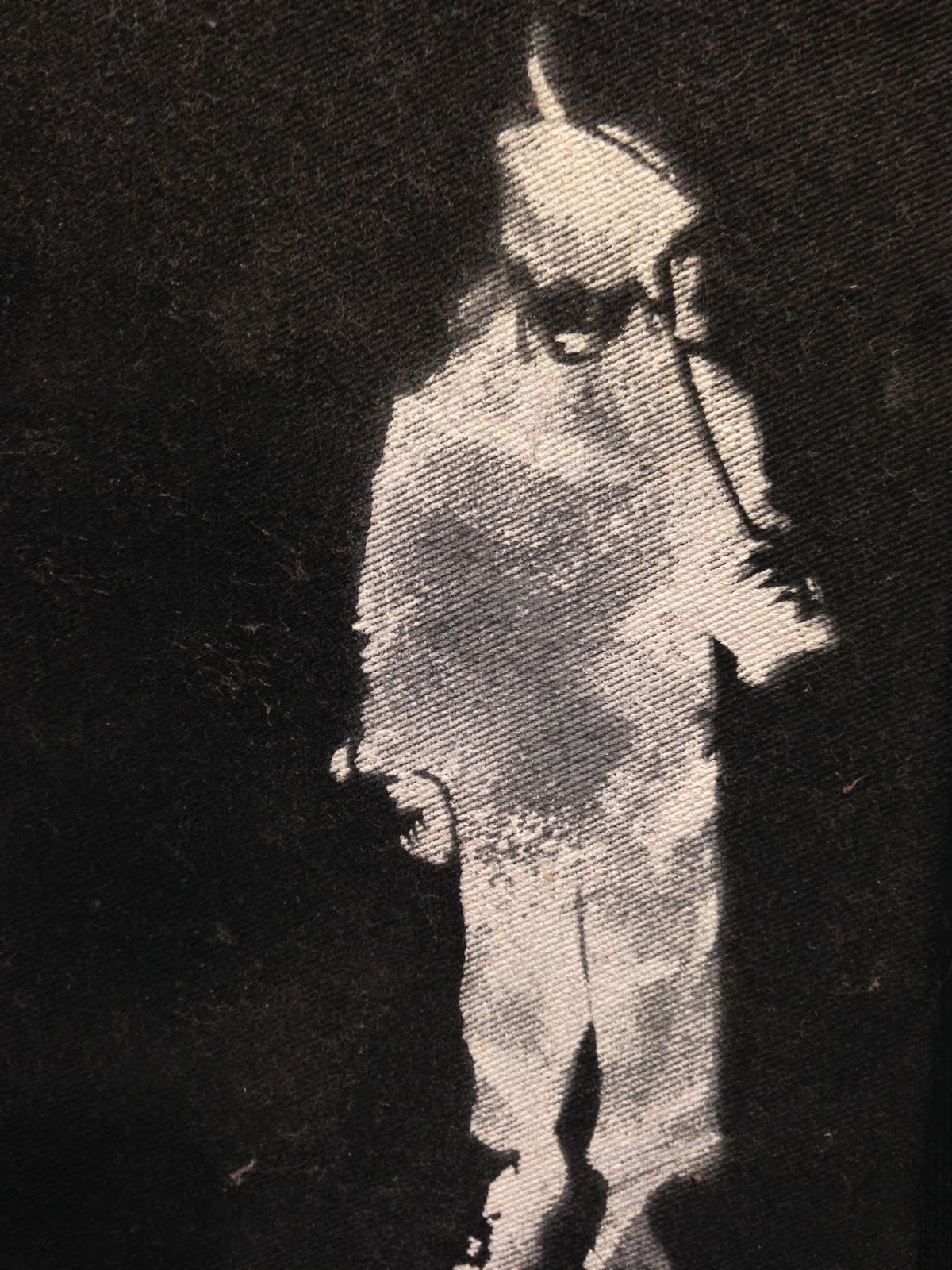 A photograph of a piano. An old silver microphone. A small bottle of industry grade hand soap in a greasy sandwich bag. A step ladder. A grey sweater. A dusty picture frame with a man in a kilt and a woman in a wedding dress. A doll in adult's clothing. A small figurine in his underwear. A ceramic Gnome.

These are the items catalogued from section 5 in precinct 17, located in the heart of the Gustaphson district. Ellis Gustaphson discovered this district in 2163 under the sponsorship of the king to excavate unknown territories inhabited by radicals. It was a huge risk. A risk the king believed to be profitable to learn more about the human habit. This was the site that he believed to be the location of the initial bombings. Gustaphson dug through the roots and cut down trees. He dug until he touched something solid. His crew dropped to their knees to gently uncover the finding...a half dissolved and faded Gnome. Gustaphson was well educated in the field of human culture. He knew this discovery meant that humans had been here.

Gustaphson kept digging. He dug all night and kept finding small objects scattered all around the excavation site. A microphone. I photograph of a piano. A bottle of hand soap.

In 30 sundowns, Gustaphson had compiled 9 artifacts from section 5. The objects too random to figure out. Too different to piece together into a solid story or experiment. Nothing to report as significant. The plug was pulled and the excavation ended by the king's orders.

Gustaphson retired 140 years later, with his greatest discovery ultimately leading to nothing. Other excavators had found gold and silver. Some had found skulls and almost perfectly preserved food items. Gustaphson learned nothing from what he found, but he never stopped wondering. He had these items placed in his quarters on the ship, pinned to his walls. At night, he tried to imagine the couple on the wall in the picture frame. He understood this was a wedding of some sort, but just couldn't reconcile the rest of the story. When a bullet was found next to a gun, you could easily understand it's history. This was different. This was connected, but not in a way anyone understood. Gustaphson had two weeks left of his life to figure it out. In two weeks and one day, he would be gone. The king would press the button everyday and those that turned 250 would drop where they stand.

Gustaphson called in some favors and blackmailed some business bosses and secured enough money to re-excavate district 10, later called the Gustaphson district, particularly section 5. Gustaphson dug deeper and faster. He worked all night and retrieved nothing. He moved the dig further west, then further east until he started hitting solid materials.

A box containing paper materials. A pocketknife. A small canvas book with a painting on the cover. Inside were human letters, which no one had discovered the meaning to. A swing-set. A flat, black screen. Finally, a photo of 4 humans, two small sitting on a sofa. The larger ones, holding the smaller ones so tight their knuckles were white.

This was it! This was the the final piece to the puzzle Gustaphson had worked for so long to solve. All of the sudden, he realized that the pieces fit together to paint a picture of a group of people that cared about each other and lived their lives together. Each person maybe had their own interests, but shared them with each other? Maybe some of the humans didn't fire any bullets? Maybe some just lived together in peace.

This was a true discovery. Gustaphson knew this would be the change to the game. What they had always assumed was that humans hated humans and naturally made humans extinct. This was the first proof that some humans may have lived together and didn't hate the other.

He closed his eyes and brought up the communication screen. Nothing. No answer. He ran to the nearest shuttle and jumped on, begging the pilot to go faster. He got to the compound with the downloaded memories and leaped off the shuttle to the pavement and into the make-shift command center. He ran as hard as he has ever run. He got so far as into the command center door, shouting "WAIT!"

And he fell silent to the ground.

Everyone looked to his dead body, realizing the king's button and kept doing their jobs. A cadet named Rael took notice of him lying on the ground. She thought it strange that he would shout such a thing. She reached into him. She put her hands into his head as if they were both just data and immediately felt the pain of loss. This was an unknown experience; this feeling of losing something that was a part of your body...something that you would never imagine living without. For the first time in her history, Rael cried. No one had ever seen anyone cry before. She didn't know how or why, but her chest tightened and she could not hold what was inside of her in. She snatched her hand away from Gustaphson's brain and doubled over as everyone watched.

For the very first time in her life, Rael felt love...and hurt.

Thanks for reading...Z
Posted by Zombie at 1:35 AM