Don't Forget That I Love You 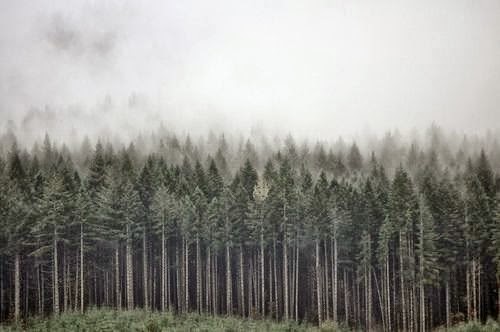 The carpet was teal and striped with every ugly color the mind could imagine. He looked down between his knees and folded hands to his feet and couldn't bring his eyes back up. He thought of everything they had been through. He thought of the tears and the laughter. He thought of the times he would have never made it through without her. He thought of their wedding in the sun. Their family and friends all gathered and celebrated. He could not wait to be her husband. He thought of their children that shared both of their traits equally, but both sharing their sensitivity and sincerity. He always wanted a home. He had one finally.

But now, it seems lost. He made a mistake and everything is going away into the dark. He made a series of mistakes. He made a habit out of making mistakes. This one was the one mistake.

He wasn't a stranger to failure to say the least. He had been to jail more times than he had voted for a president. He had lost his family and most of his friends. He was at the bottom when he was released from jail and found himself wanting to go back or just go away somewhere that people couldn't be hurt by him anymore.

Then she showed up, this beautiful girl that tended the bar he frequented. He didn't recognize her, so he introduced himself. She was quiet, but confident. He left his number on the bar napkin and walked out, ready to end everything this night. He thought to himself, "What if she calls?" It really didn't matter. He was done being lonely.

He walked to the bridge and stood on the ledge. He had decided not to hurt anyone else for his benefit of going back to jail. This time, he would only hurt himself...for milliseconds. He felt the wind on his face as he stood there alone in the night sky. The snow was falling and he couldn't help but put out his tongue one last time. He couldn't find a tear in him left, so he let go of the suspension cable and felt the wind on his face as he fell to the black water. He closed his eyes, half in fear, and half in solitude and heard the phone ring. Then nothing was heard.

Beep. Beep. Beep. Beep. Beep. Beep. Beep. His eyes opened. The lights were blurry and no one was there, but he knew he was alive. Everything began hurting a half an hour later. It didn't matter...the pain. He made it through the darkness. He was supposed to die, but right now, as he lays here, he doesn't want to be dead. In fact, he very much wants to be alive.

He left his house distraught that night, resigning himself to jump from an even higher bridge. He stopped in to the bar to get drunk when he saw her again. He sat down and looked at her. She was so beautiful that it made his hands shake. He could live a life with her. She looked back and smiled. She walked over to him. "I tried to call you."

Obviously, he didn't tell her why he didn't answer for almost a year later, but he had finally found happiness. He had love...finally. The kid who had nothing had someone so wonderful he couldn't even look at her without trembling.

They made a home.

But then he made the mistake of getting drunk for ten years.

He couldn't remember much except that she was all he had ever had, but the things he never had or lost were too much for him to bear.

She left in the middle of the night without malice. She left with understanding, but she had to leave.

As he looked at that carpet, he realized that he wanted to die again. For the first time in ages, he didn't want to be alive. Maybe he never did, but what he had was something he had never deserved.

He got up and raced to their home...the place where their children's height's are marked into the wall at various stages of growth. The place he would dance with her in the living room on Saturday nights when the kids were sleeping. The place where the first person who had ever loved him wiped his eyes of his tears when his best friend died.

She smiled back at him and embraced him. "Welcome home. Don't forget that I love you."

Thanks for reading...Z
Posted by Zombie at 4:11 AM