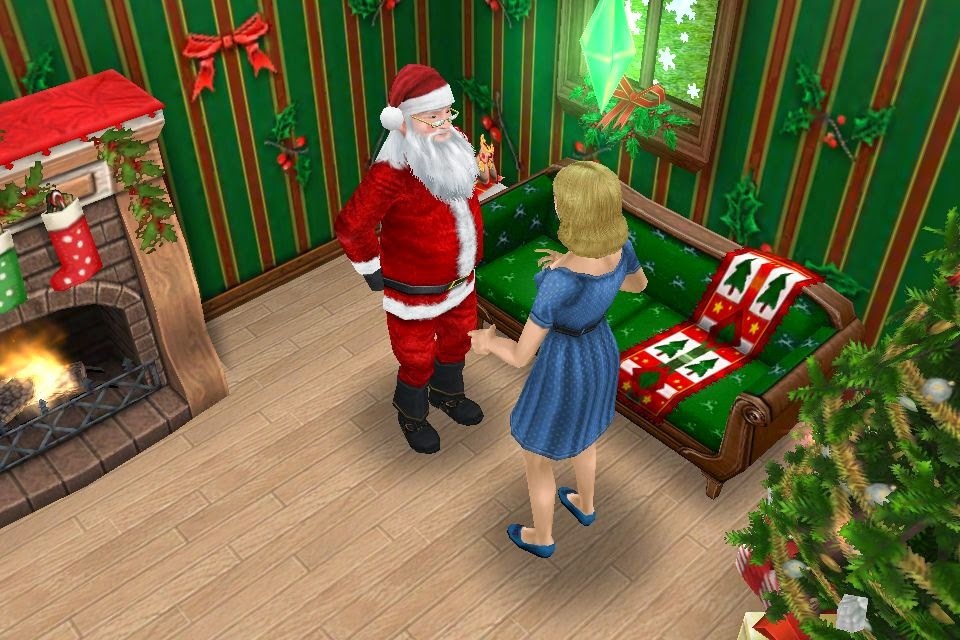 I was sitting on the porch with the wife and watching the neighborhood move about like they always do. They are predictable, like I am. They park their cars and go inside with dinner sometimes and then silence, until they are randomly standing on their front lawns as if they were SIMS avatars. It sparked my curiosity.

What separates humanity from avatars that just do a routine and randomly or systematically go places and perform certain duties? Mrs. Horowitz is on her porch just standing there still. Mr. Lukoshavitze is walking his yard without reason or perceivable purpose. People moving one predictable place to another, not seeming to notice the actions around them. Am I the only person in my neighborhood that sees this? What is this?

Humanity is sometimes so lifeless. People do things for many reasons, and some make no sense at all. People are a product of habit and upbringing. Many will follow suit just because. It started to bother me watching people drone about like lemmings. Then a stupid scripted video reminded me why people are different than avatars.

It was stupid, but reminded me that I daily flip my kids all over and laugh so hard with my wife. The difference is the heart behind the actions. I think that we have to be reminded not to let life become some moron behind a remote control forcing us into their routine. We are human. We are a beautiful creation of God, each unique and worthy of the attention of angels.

New Living Translation1 Peter 1:12 They were told that their messages were not for themselves, but for you. And now this Good News has been announced to you by those who preached in the power of the Holy Spirit sent from heaven. It is all so wonderful that even the angels are eagerly watching these things happen.


Even the angels are eagerly watching our lives unfold. How great is that?!? We mean something to someone. We are more than just moving energy. We are children.

Thanks for reading...Z
Posted by Zombie at 4:20 AM

I'm watching the news tonight and they bring up a story about this woman who was hit and ran over by a boat. She is a pretty lady, has a cute little kid, and a very supportive husband that just "wants his wife to be ok." The news channel as filthy as they are flash no less than 10 different photos of this poor woman in the ICU intubated and sedated...mouth agape and eyes open. If I allowed photos of my wife like this, if she woke up, I'd end up in that bed.

This is a person. This isn't about getting a good shot to shock the audience into captivation. This woman may die and leave her son without a mother, father without wife. Both of these thoughts, if I insert myself into the story instead of him are stomach turning. We shrug off death life it doesn't matter. We hear these terrible stories and keep moving forward as if it's ok as long as the tragedy stays over there and not here. I almost died a couple a few times. The prospect still rattles my thoughts when it crosses into my present.

I was a stupid kid. I was a cliche of a kid like me in some movie that America will always wish a happy ending to. I had nothing. Few people loved me. I was angry and full of anxiety. I treated people badly out of anger or fear or whatever. I remember this night when my mother and brother went out of town. I lived with my brother in an upper flat above my mother's house. I saw an opportunity to self destruct. I invited dozens of people that I didn't care about and whom didn't care about me. I filled the fridge with alcohol and opened up my mother's flat as well. I think I just wanted to be surrounded by people that were there because of me.

People came. A lot of people. They ate my chips and drank my beer and as the night aged and my eyes blurred, I became honest with myself. Only a few of these people would show up to my funeral. Vice Versa. I snuck out without being noticed and sat on the swing in the backyard watching the smoke billow from my mouth and into the night sky and wished it was all over.

I believe this was the end of trying.

It was F*&^ the world from this moment on. I pushed everyone away except Will (The Body),  Joe (Gumby), and Vernon (Andy). I was bent on my own destruction. I would drink and drink and ended most nights only seeing colors and lights. I would wake to filth and dread. I'm not going to go further with the story, because I think you can see the path clear enough.

I was rarely treated like a human being by those outside of my very small blood and non-blood family. I was either fun, or crazy, awful, or an object of fascination like a shocking news story. I tell you this because I think we all have been guilty of seeing someone as something other than human. Maybe not even on purpose, but because hearts get hard. People mess up too much and that's the end of your compassion. Someone cuts you off in traffic and they become and idiot. A police officer gives you a ticket for speeding and they are worthless and abusive of power and tax-payers money. Meanwhile, all of these people go home and continue trying to figure out how to be human.

It's hard to be a human. Life is really hard. We have to learn to live without those we have always lived with when they die or leave. We have to deal with failure and rejection. We are tested endlessly and it seems as if everyone else is walking this road seamlessly and you continue to stumble.

I look at what I have when I am sitting on the couch next to my wife with my children draped all over us and I shiver to think I may have given up my entire future to the "end of trying." I now know what it means to be really loved because of who I am. It's likely I was by many people my whole life, but didn't know it when I had it. It took my wife wading through my faults and eccentricities and vowing to continue to love me. It took my kids looking at me for their protection when they are scared, to realize that I mean something to someone.

I've told this story before, but I was in a different place then. When Will died on Christmas, I had a hard time being around my own family because I didn't want their Christmas to be associated with grief. They were downstairs playing with their new toys and I retreated upstairs to the living room window and leaned my head against it to look at the lights. Christmas has always been my most favorite days. I couldn't see anything in those lights that made me see beauty at all this day. All I saw was my best friend, my chosen brother on a gurney being put into a van while his four children wept and his mother had to be held back from him. It had rained the entire day. My head against the window, my tears began to run down it, racing the rain to the bottom. At that moment I did not believe I could be anything to anyone anymore.

But then my little girl, age 3 1/2 years old approached me and put her little arm around my leg. I looked down, trying to wipe my face and not drop tears on her cheeks. She reached up to me and gave me a little plastic heart from a beaded necklace kit. My 3 year old knew me enough to know my heart wasn't ok. She gave me the prettiest one she could find. From this day on, I knew I was going to be ok. This was not the end of trying. She showed me true humanity.