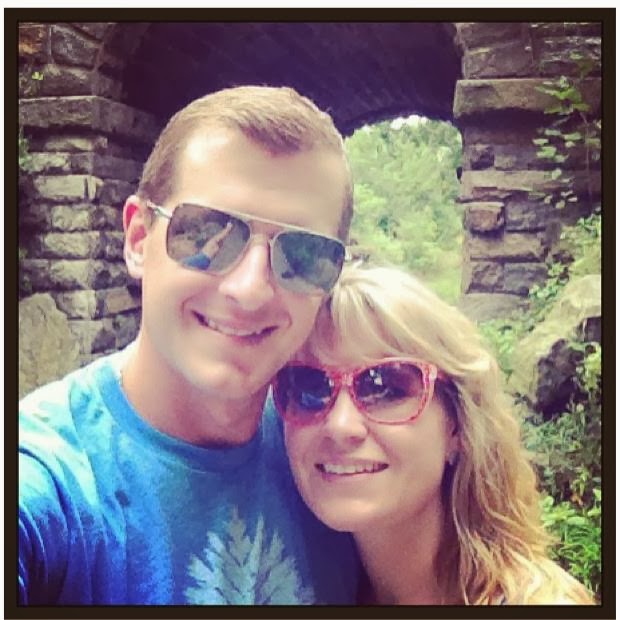 It was a balmy summer night when I met this girl. She was wearing a lavender dress that matched the wedding flowers that lined the aisle she sat beside. Neither of us were emotionally available at the time; both had things to work out in our lives. We met anyway. We danced all night and into the next several months.

There was this thing she did that made me laugh so hard that I couldn't hold on to the annoyance it would have usually caused. She habitually and historically got everything wrong. If there were a name to a movie, she would mispronounce it. If she were trying to say Dax Shepard, she would say Dax Sanders. She sang the wrong lyrics in a song, just loud enough for me to hear and cringe, then grin because of how wrong it was. She would sing ACDC's lyric "She was a fast machine..." as "She was a fax machine..." It was so frustrating, but completely adorable as well.

She had these eyes that would look into mine at the important parts, then glance down as if she were embarrassed that she made contact with mine. We dated for a year before I gave her a ring. For an entire year, she was subjected to my dancing and lip syncing songs as she sat unamused.

She drove most places because I am not sure my driver's license was on the up and up, and intimidated me with her brains. She was different than me. We were altogether different. At first, this was a problem for both of us. We both would give each other these looks, trying to figure each other out...trying to figure out if the other was serious.

I was an extremist. I was always going full steam ahead with my ideas without the knowledge of how to get to where I wanted to go. Subsequently, she witnessed a lot of hamster-wheeling. I had huge dreams and was hell bent on being impressive. I wanted to be that guy that people could see and want to be like, but never get close enough to touch. We all know that person. He or she may show you a little attention, but then back off to keep themselves untouchable. I was in a band. I dressed cool...sometimes, danced cool....once in a while, and sang cool......as long as Limp Biscuit was cool. I would do this one dance where I would gyrate my hips in such a way, the audience would actually move their heads back, afraid I would hit them. She would sit on the side as proud as ever, silently making notes for when she would be able to mock me ten years later on the couch with some wine. Then we could laugh about it, but not now. In these moments I danced like a Pentecostal holy roller making love to everything in the air. I would just close my eyes and allow the devil's angels to laugh at me as I swayed.

She was a voyeur. She is smarter than the average person. She will put in her headphones and not turn on the music so you wouldn't bother her, but she could hear what you are saying to your husband over the phone and you wouldn't know. You would say, "Laura" and nothing. Then you would wave and she would take off the headphones and answer. She heard you the whole time. Imagine how many times she made me look stupid with this practice.

She worked at a golf course as the beer girl, which bothered me a little because golfers are generally jerks that ogle women like this. She was practical. Everything I wasn't. She was pragmatic. She did things that made sense because they made the most sense. She didn't want to test danger because that was stupid. She wasn't hard to please and wasn't extravagant. A person didn't need to be anything special to catch her attention.

Even a tattooed guy from the other side of town could catch her attention.

We had a date. We were both expecting something different I think. She was probably expecting the typical guy in his early 20's that would probably end up being a jerk that she never spoke with again. I was expecting the typical pretty but shallow girl I was used to. We both got something different. I immediately noticed how easy it was to be around her. It wasn't awkward at all. It wasn't hard to talk to her. She was down to earth and funny and full of stories. I took her to a cider mill, then an old train yard that I would frequently go to and speak with the homeless in. I walked her up the hill to the train cars. I'm not sure what I was trying to prove, I just think I was trying to let her know who I was at the start, so if she wanted to run, it was because she didn't like who I really was at the start.

I dropped her off at her car and walked back to mine. I wanted to kiss her. Every time I saw her I wanted to kiss her. But I didn't. I didn't want to connect that way. There was something different about her. I would tell my pastor almost a decade later that I knew she was sent for me. He would question how I could know and I still can not produce an answer because I truly cannot hear God with perfect accuracy. But that night, I went home and wrote down in my journal that I met a girl. I went out with a girl on a date and I would marry her. I cannot be certain of the voice of God, but I can be certain that she was the one girl that confused me and turned me upside down. She was to be my wife.

She remains my beautiful wife. She is still so different from me. She still messes up the words of every song and every name. She still looks at me and pulls her head back, trying not to be hit by the dancing of this clown. She is graceful and soft: She is a balance to everything I am. One day one of us will bury the other. She will either get my name wrong on the headstone or I will say something embarrassing at her funeral. Either way, we will be together. We will be the same. We will be different.