Between Where Faith Begins...And We End. 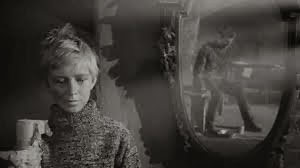 I don't write a lot about the years growing into a man. My thoughts here usually start when I was able to decipher what everything meant in the world...or at least as I thought they meant. What I thought the world was and what it actually is profoundly defies my entire youth. I didn't understand so much of the gold I held as I do now. Kids wake and they worry about things that will not matter to them in ten years, then redirect their attention to whatever is in front of them. I had bad things happen. I had sorrow introduced early, but I didn't understand what it was even about. I only understood the things I could hold.

In real life the things you can hold sometimes go away and you can no longer reach them. Many try to keep stretching, but they will always be just out of reach. Always something you always wanted to be or to do.

Some things are meant to happen one time for all eternity and no more. These moments when the moon was bright and the the person next to you understood you perfectly for that moment only and never again. These are the moments you won't forget because they define your childhood...and your adulthood.

I had a gang called the brat patrol that consisted of my little brother, but not blood yet, Andy. We made the blood ritual official the summer of 1988, when we pressed our bloody fingers together and swore a life long pledge that neither of us was ever willing to defy. We were famous in the 7 blocks that surrounded us. We were the savages because we pinned a kid under the ball pit at Chucky Cheese's for 10 minutes as his mother looked for him. It was his birthday. We were the gang that had Cub-scout knives and threatened to kill kid's mothers. I sat in a wooden club house with two guards at the side and two guards at the door, just waiting for a rival gang to attack and meet their doom.

My mom ran a day care, so during nap time, we would have fight clubs to see which 4 year old was the toughest to move on to defending the honor of God Himself. At least we told them.

Meanwhile, I would lay in the living room at home on the floor next to the heat register, listening to the sounds a furnace makes when it begins to go to work. It reminded me of how I would eventually go to work.

I would set an alarm and when it rang I would hit the snooze once before rising. I would stagger to the coffee pot, trying not to wake anyone. I would brew the coffee and brush my teeth. I would drive to work with a sadness and dread that anyone would feel at 2:45 AM on a Tuesday.

This is how I remember it feeling as I waited for the the relief of that heat to hit me. I had listened to the preparation and needed the reward. The heat would rush through those little horizontal cuts in the baseboards that I would count with my fingers so many times. Eventually, the comfort would cease as the heat turned off and the loneliness returned.

The heat always seemed to turn off, despite it's promises.

When the tinkering subsides, you will always be listening to the machines shutting down. This is where real faith begins.

Sing. Migrate. Thanks for reading...Z
Posted by Zombie at 1:11 AM