The Church in Peril


This is the day the Lord has made, I will rejoice and trample the hurting under foot. 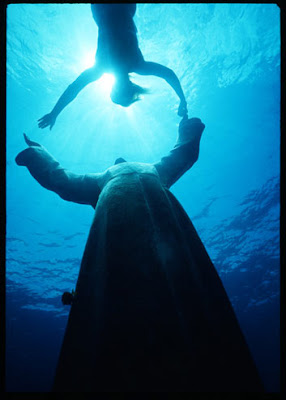 I think this is the day that many Christians have lost their minds. One would think that the Bible would be clear on this issue in the hearts of those that subscribe their lives to following it. This principle is at the very base of God's moral code. Love God with all of your hearts, souls, and minds, and treat others as you would be treated. Love God, love people. Yet here we are in 2013 and all we can do is argue. The Bible also says not to do that. You don't see Jesus doing it. He knew better. Our personal liberties are not worth driving those that are lost further into the dark. What those do that are not subscribing to our Bible is between them and God. We aren't granted the liberty to judge them. We are granted the responsibility to love them. Love drives people to God. Judgement drives them to the grave. We use harsh Bible language and use God's very words of love as a dagger to cut at the hearts of those who are already bleeding. This is insane. It is as if we are stumbling right back into the pharisee's robes. We pray loud in the squares and flaunt our freedom as if it were something we earned and not God. We exercise our own freedom and strip others of it as if they hadn't worked hard enough for it. It was Christ who worked for all of it. We build worship buildings and spend millions on drawing a crowd. We could never draw God with our money or bricks. We draw God with sincerity and love. We are still throwing stones at that prostitute instead of reaching out our hands to her.

The American church is in peril. We got here by ignoring the very actions of Jesus. Jesus did not call out the sinners and condemn them, quite the opposite, he called out the righteous as hypocrites for their judgement and legalism. Jesus ate and drank, yes alcohol, with the sinners and the religious called him a drunkard and a glutton. Jesus spent his time with the hated people, washing their feet, not condemning their actions. The American church will be destitute of the actual Spirit of God if we continue this progression into hate. We will be sitting in huge buildings full of people acting out emotionally and as publicly as we can, all while rotting on the inside while the country rots on the outside.

We must wake up. Our banner must be love, compassion, and grace for God to be seen in us by the world. Those are the very attributes of God Himself. When people see those things, they see God. I challenge my brothers and sisters to simply close your mouths. Lay your hands beside the keyboard. Take a few minutes to meditate on God and what His Word actually says and act accordingly. Make this your creed with me, we will all fail at times, but people will have grace on us because of our practice of having grace on them. "Let us speak no evil from our mouths."

Thanks for reading. Z