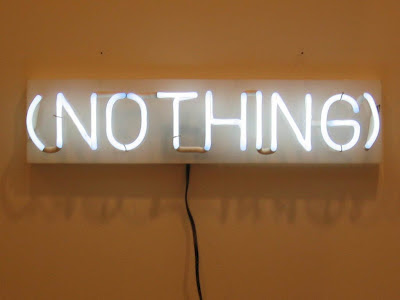 A guy walks out of his office, down the road in the bustling business district. He won a huge account today. He walks through parking lots with venders selling spots to have your car babysat. He comes to the edge of where it is safe. He stops at the big red line on the ground that says danger in front of his feet. Today, he feels invincible, so he steps over and makes his way down the section of hell that houses the less desirable. He watches the little kids play on the porch with no shirts or shoes, the old 7-11 door sign still pops in his head. He can see the pan handlers on every corner holding their cans out to those passing through district hell to the business district. He sees a house fire down the road and smells in the aroma of burning fabric and methamphetamines.  He pictures devil's night 1987 when he started an old shed on fire in the woods behind his house. He assumes no one lives in that burning institution either. He looks down at the man in the wheel chair with no legs and long dreadlocks holding a can and just shakes his head no. He doesn't try to mask his distaste. He just looks him in the eyes and shakes his head. He has seen enough and makes his way back toward the thick red line. He reaches it, looks down in relief and steps over it.


On the other side isn't the business district. On the other side is paint dripping off of walls. On the other side are shrieks far off in the distance. This place gives him the same feeling he would get as a kid when everything would sleep and the furnace would awake and throw noises and echoes throughout the house. He makes his way through the labyrinth of rooms watching one story unfold after another. He walks first into a little room in a beat up house where he watches this guy make something other than love to a woman, then get up from the bed and drop 20 cents on the floor and leave. He walks to the next room and the same woman holds a baby screaming, while she tries to put a needle in her arm. He walks to the backyard and watches the same little boy, grown up pulling the trigger on a store clerk.

He enters a theme park that is empty, as if it hadn't opened yet. The rides are moving, but no one is operating them. He walks through and sees rides he used to ride as a kid. He sees rides he always wanted to ride, but was too small for. He sees cotton candy and elephant ears sitting without predator on the benches that line the road through the park. He remembers this place. He has been here before. The very time spent here is making him feel something terrible. This crushing pain in his chest that begs him to remember something he has tried to forget. He always wanted to be able to ride that Ferris wheel. He blocks the thought out and tries to keep moving, but still trying to define the pain he was feeling. He wanted to let it in, but it belongs to a different and weaker person.


He gets to the nearest door and opens it. Light. Bright light. He walks through shaken but fearless. He opens is eyes and tries to adjust. He pushes away the blur with his fists on his eyes until he can see the wooden box in the front of the room that held his child, his wife, his mother, and his dog. He closes his eyes and feels his stomach trying to wretch onto the floor. It wasn't really them. They died long ago. People hurt them for no reason. He wasn't here. He got courage and opened his eyes again to nothing.

A white area of nothingness filled with nothingness. If there were a state of actually being alone, this would be it. This is where he was. This was where he has been for so many years. This is home. Not there. Everything beyond that red line was broken and cruel. He had made a living of tearing out his own soul and this is where the soulless go. From out of the nothingness-nowhere came this homeless looking man walking toward him. As he got closer he could make out a familiarity in the man's eyes. His face was something different, but his eyes had looked into his before. The disheveled man leaned over to him as he was about to pass and kneeled down at his now sitting form. The bum reached out and put his hand into the pocket of his suit and put something in it and walked away. Filled with fear and curiosity, he takes out the item. $10. Money. The man fell back into the nothingness-nowhere.

What had happened to him? The bum didn't even want the money, he wanted something different. In fact, "I don't want the money!" he shouts, all of the sudden angry. "I don't want much of anything but this white board I live in....but there's nothing here. Who was the one in poverty? The bum has his head up and I have nothing!" The man walks over to the ledge that overhangs something other than nothing marked with a red line on the ground and leaps off into wherever. Just not nothing.