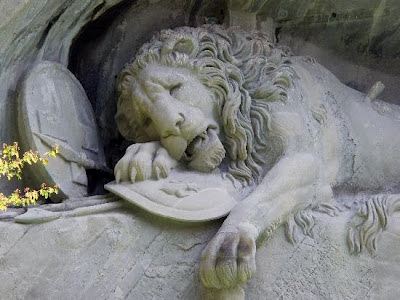 She had two options that she could figure. She looked at him as he slept in that bed she got him from the Salvation Army. The corners of his lips turned up when he was relaxed...when his face could feel nothing. This was the first thing she noticed about him while running her fingers across the contours of his face, moments after giving birth to him. He was a first grader now. He was a really good kid. She believed he was no reflection of her. She believed he was the very character of God, rising with Him with the sun. She wouldn't soon deserve him. She couldn't. She was only mistakes. She had to choose between the sickness and the sanity of her son. She would have to choose later, she could not right now as she watched him sleep. He didn't deserve that.

His father was a married man. She didn't even know his name, but he wore a wedding ring opposite hand of his 1977 class ring. He would come and give her money and she would make believe love for him. She didn't even know how long this went on for, but knew he had a disgusting smell to him. His hair smelled like old sweat. His beard smelled of garbage. He was always sweating on her. He would get up when the love faded and leave the hotel room smiling and forgot to say goodbye every time. She didn't care, she desired him dead when he used words, she desired him dead anyway. She didn't even tell him he had a son, she just ignored his calls and got a job at a supermarket bagging groceries.

Her two options now? Take her life now or let it happen. Just let the cancer slowly eat her away while he watched from just below the bed rails. Using her head, she could only come to one logical decision. She had a sister who was much better off than her and loved her son as if it were her own. She had a big house with an extra room and two kids the same age. If she just said goodbye now, her son would be OK. But everything that isn't supposed to feel logical told her to stay. Every moment would be worth a pound of gold to both of them. She would give him the world even as a skeleton.

She had this choice to make. She had a tube down her throat that would not let her speak to him. At night, he would crawl up on the bed and they would take turns writing things on each other's backs and guessing what the other had said. This night was the THE NIGHT. She had to make a decision before she couldn't anymore. She had to give him something. She couldn't lie anymore or wait for some miracle to happen. This was her life. His life was about to change. Soon enough, she wouldn't know his face or even be able to see it. Soon enough he would be dead to her mind...a thought that was more torturous than anything she could think of. She knew that he knew she was going away. He just couldn't say it.

She flicked his ear to wake him. He stirred and she knew he was listening. He always seemed to be listening. She began drawing on his back. Her hands shook with every letter and she could feel his body tremble with every completed word. Her tears made it hard to keep going. His tears made it hard to feel what she was trying to tell him, but he knew I think.  Her hand stopped at his lower back and he felt her squeeze his small frame against her even smaller one. He braced himself and closed his eyes to think about when she was well. He went to this thought every time he was scared. He went to he time he fell out of the tree in front of his house and she she rocked him back and forth like the wind as it blew storm clouds through the trees. He remembered when she held him when his friend was hit by a car and killed. He didn't understand death until he saw his friend lifeless in a coffin. Then he only knew death as just being plastic looking. He closed off the entire world, even when he felt the gasp of his mother's chest and the alarm sounding on the machine next to her. He was definitely crying, but could and would only allow memories of laughter to flood his brain. He would never see the tube in her hand. He would never see all that she sacrificed for him. He would never understand that Salvation Army Bed that took the last of the money she had made with a legitimate job before she started to get sick.