Buried in The Ground 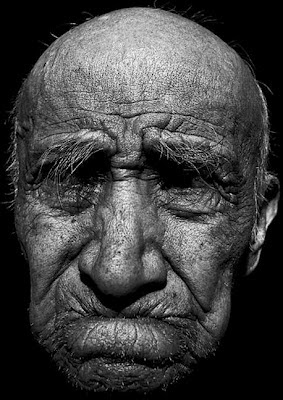 He could hear the singing above him. He could hear the sound of a guitar and a harp. Somewhere to his slight left, he heard a harmonica soar in like a blaze of fire entering a wicker room. He does not know where he is or how he has gotten here. He just knows he is here and it isn't a dream. The blood dripping from the ceiling of whatever this was would be empirical proof of that. The stinging in his knuckles are his second witness. After several hours of fighting it, he settles back into the realization that something terrible has gone wrong. Someone has made a dreadful mistake. He has been buried. He isn't even dead. It must have been bandits or sociopaths. But why would a bandit dress him in what he could only guess was the suit he wore on his wedding day. He made this assumption based on the buttons his wife bought him as a wedding present. They were shaped like little anchors...ones that matched the tattoo on his arm perfectly. The feel of them reminded him of the smell of his wife's hair when he leaned in to kiss her. How long had it been? She must be in Heaven above him weeping her eyes out. "Or dancing with someone else," he jokes to himself. He wants to panic again and raise another fit and bloody himself, but he knows they will not hear above that harmonica. He wants even more to go back to that memory of his wife's hair. That day. The sun, and the way it beamed through the trees at just the right time to make her squint during every picture. That had been so long ago. She past away 70 years later almost to the day. She left this world, their bedroom, their gaze, holding his hand. Their kids had grown up and gotten old too. His son died of a bowel infection when he was 51. His son's wife never remarried. No women could ever follow that man. He was the kind of kid that a father actually looks up to. The guy that did everything his father did, just better.

This music. What is it? It is dreadful and makes him wretch in his soul. Who would subject their phonograph to these notes and rhythms. Is this hell? Because he could only imagine demons dancing to this. He closes his eyes to regain his calm. He takes long, easy breaths in and out and travels back to last fall. They stood on top of a hill in a very small graveyard in the country. His son's name chiseled into the stone that stood knee high in front of him. His wife's to the right of him. It had been a decade since he had lost his son. His entire family of 7 daughters, 37 grandchildren, 7 great grandchildren, and one living sister stood next to him silently wondering if the old man had the courage to say something. There was a mist in the air that blanketed everything with a thick layer of wet. Everyone's hair drooped under it's weight. He held one yellow rose, his boy's favorite color. He closed his eyes and let a tear drop from his eye and roll over the many wrinkles that formed into obstacles down his face. He took a deep breath.

"I named you after the bravest man I knew. We sat there huddled in front of the stove trying to keep warm. We had all given up. They had broken us. All we could do is look at the ground, our pride in being a God loving Jew was gone. We actually believed we were the rats they said we were. We watched our loved ones die. We worried about our wives who were hidden somewhere in the streets, silently hoping they would get caught just to maybe find out what happened to us. I had no idea what had happened to my love. She watched me get taken from her hiding place. She stayed quiet as I told her. I dared not to look at her to say goodbye. As we sat there silently, skinny, and shaking in exhaustion, we looked at each other to explain to each other that we had given up.

He was always getting beat up by the guards. He was always mouthing off and it was a wonder how and why he was still alive, but he did not share the tone of our glance. He got up and walked over to the guard and began telling him a story about a banker and 3 German policemen. The story went on and on and we honestly were getting bored listening to it. We had no idea what would happen next. The guard didn't realize it right away either. While he was telling the story to the guard, he was urinating on his shoe, but keeping the guards gaze and attention on his eyes that were opened so widely, you would have thought he went mad. When the guard realized it, he was laughing intensely in their faces and spraying them with urine all over. They shot him dead. We were stunned at what he had done, but knew he was gonna get himself killed at some point. We loved our lives too much to risk what he did for a little moment of satisfaction. No, instead, we let them kill us slowly. We named you Albert. Because the two of you were the bravest people I have met. My cowardice allowed me to meet you. The glory of the workman hands of God. More a man than I could have understood how to be. My son Albert, cheers to 10 years of being dead from us, but living in the presence of angels."

It was the very first time he had spoken of Austria to anyone in his family, except his wife who went with God. The wind blew over him in a way it had never before. The water in the air pierced through the veils of the women with him, but it only fueled what burned inside of him. It was a reminder that you don't weather a storm by running against it, you survive by fortifying yourself to it. This was the way he had lived his entire life. He wasn't just living to survive, but to be alive to meet what beautiful thing God would bring him next. Every passing moment of misery promises something beautiful that cannot be taken away. This is what kept him alive in Austria.

But now he isn't in Austria. He has realized the music has stopped playing. He knows he is dead. No one alive appreciates the things that are gone so much. No one remembers the smell of his wife's hair until they don't smell it anymore. He has been gone for some time...maybe years, maybe centuries. Up above where he is now probably looks the same. The music is different, but the fact that there is still music tells him that people are still dancing and laughing, which means that life is still beautiful up there. Up there everything goes on as if he were not ever there. Maybe he hadn't been. The window above his bed that let in the light that woke him every morning is probably still letting in that light, just not to his face. His box full of old photographs and letters are still buried next to the tree his kids used to swing on as kids. The ground has swallowed up all evidence of his life. He just can't let go. He cannot let go of his life. He cannot walk away from what he knows was true beauty, even to access Heaven for fear of hell....the hell of being forgotten and forgetting. He cannot close his eyes and let go because he is scared of losing everything.

Yet the voices continue above him. Telling him to let go, telling him it's ok to go, they will be fine. "Am I dead? No dead person feels this scared. People who are alive are scared of letting go, not dead people." He feels something squeeze his hand and something reminds him of his youngest daughter and how he used to hold her hand until she fell asleep when she was scared. She squeezed it just the same way, rubbing each finger separately. He knew he was alive now. But he knew he needed to go. It was time to trust in that God that has kept him alive. It's time to see his wife and son.