Someone Who Made Me His Son 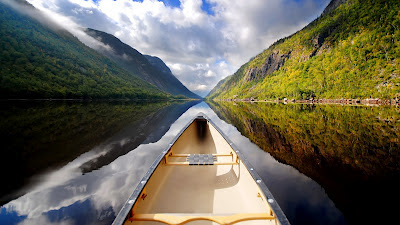 My first vivid memory was in a courtroom, staring at a small hole in the toe of my mother's friend's nylons. I was looking at the hole as my mother told the court a story they didn't believe for some awful reason. The world tells me I technically have no dad. I disagree. I believe I have dads...plural. I have my Father in Heaven who reminded me while I was a pre-teen weeping on a warm dryer that I have never been alone. I have the closest thing I have ever had to a father in this man Jim. He took me into his home. I stayed so many nights there, being loud and being me. I must have annoyed him, he worked at like nasty in the morning and we stayed up until then at least. I didn't realize it at first. I didn't get it at first. He was quiet, which I was not. He doesn't always throw his feelings at you, which I do. So I didn't understand him at first. It was this one day that I finally understood how he looked at me. I was like one of his own. He took the day off of work. This was rare for him...at least in the time I knew him. I had lost my license due to many, many tickets in various cities. He knew I needed to drive to work and somehow knew I would be worth it. He took that day off work and took me to every courtroom and station and paid my fines for me. That day, my license was restored and I could drive without fear again. He doesn't know how much that meant to me. It meant more than any act that any man has done for me. I paid him back in half the time we had worked out. I could not disappoint him.

I was standing at the grave of my brother...who wasn't my blood brother. I walked up and looked down at his pale, painted face and began to cry. A hand grasped my shoulder and squeezed. It was his. I did this again hours later...again the same hand grasped my shoulder. It was HIS kid. He should be the one weeping and I should be trying to console him, but he reached out to me. He helped me feel less alone that day. He doesn't know this either.

I remember when he took us canoeing in Gladwin up north.  All three of us knew he didn't like that situation. Roughing it was never one of his priorities. He wanted to spend time with his kids and he invited me. I was surprised, but I packed before I even said yes. We got on the water and paddled quietly. No one said anything until his boat flipped over and he was engulfed in water. We all jumped out to help. I don't think he needed any of our help, but we all wanted him to have a good time so bad. The three of us left that weekend happy. Canoeing is canoeing. Spending time with a person who travels out of his comfort zone to tell you he loves you is beautiful.


He was a Godsend to me. Thank you.

Thanks for reading...Z
Posted by Zombie at 1:21 AM