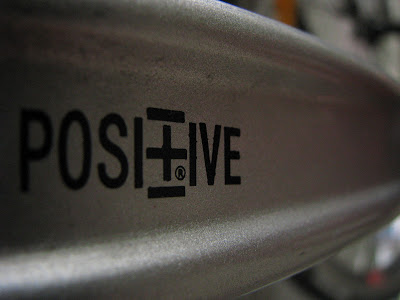 I am on month 5, day 15 of my quest to conquer my own negativity. I saw that I was only posting sad things. I was only posting my blood and anger on here. This is not me. I do not bleed all the time. I bleed sometimes. People get to see me bandaged and feeling well and I have no problem shouting it out. But here I post what lies beneath dormant, but fighting it's way to the surface. I had faced so many demons and so much heartbreak. I had to let it out. I don't regret that. I don't regret letting you see me crumble. I needed to not be alone and I wasn't. But after a while the dark side gets too dark and you just cannot take another moment without the sun. So I decided last December 31, that I will let the sun shine in and through me, to show the Christ that still reigns within me. For a minute there, I didn't know if I was gonna make it through. The crisis in faith was the first and worst time I was tested. I had lost so much, but never lost this part of me. I lost my brother and found myself looking at God through blurred eyes with nothing but anger. I saw the worst of me rising to the surface again and I wanted out. I had had enough of the jolly Jesus lifestyle. I wanted nothing to do with people telling me that God was in control and was gonna take care of me. I wanted nothing to do with them either. I wanted to turn back time, but and as long as I was restrained by science, I would turn my back to my God. I would let him in no more. I knew deep inside that He was not to blame. I knew that the world was full of sin and lies and they got a hold of my brother. I knew that somewhere beyond what I can see, there was a God weeping violently. But I turned that off. Sometimes you don't want to here the truth. You want to allow your anger to take you away into the same deception that brought you here. Sometimes you just want someone to blame when you hate yourself so much and blame yourself for the rape of the innocent. The forceful takeover of someone beautiful into the dark with no warning. I chose God. The One that saved me. The One that wouldn't let me die. The One that gave me all beautiful things I never deserved. The One I had given my life back to.

I'd had enough. I was so angry, but I had enough of it. It was hurting me more than the loss of my brother. I could not be apart anymore from the One who made me and gave me every jewel on my crown. He simply is and always was perfect. So I made a pact with myself, with my wife, and with God. I would say only positive things, because thinking positive glorifies God and destroys the devil. Over 5 months in and I have made a couple mistakes, but I have also corrected them. I don't want to argue with people anymore. I just want to love them. I don't want to tell you about the rain, because the sunshine makes us want to step outside. I don't want to bleed anymore in front of you, because gives us fear of death, and I am certainly not dead. I am alive! I am alive with my God who continues to make me a different and better person! I am trying to be what He has intended. I am broken in pieces, but I think this is His design for me. I maybe wasn't meant to live a life without pain. If I continue with this pain, I will continue to post it to glorify Him, but I will not allow myself to post my anger here again. I will tell you that through all that I have had to endure, He has given me ten times more to find joy in. I had no father. I sit with my children on my lap and they want to be just like me. I want to be just like them. I could never leave them. This is because of the beauty and grace of God. He replaces what you have lost with things much better.

Last week I saw a woman walking down the hallway at work. I kept looking at her because she looked so familiar. It took a moment, but I remembered her from 2 weeks prior. She was dying. She was in restraints. She could only speak nonsense and scream that she was sorry every time she tore out her tubes and we had to replace them. I remember going in her room to brush her teeth and thinking hopeless things about her. She was gonna die at a young age. She had been through hell and was standing in the flames. Due to laws, I cannot explain any more on here, but she was one of the worst looking cases I have seen in a sea of terrible disease. Now she stood in front of me walking and talking and flaunting her healing to the whole hospital. She was alive! She was more than alive...she was glowing like the sun! I was reminded that there is nothing to big for God and that He does still perform miracles. He does reach His hands into hell and pull the anguished out.

Sometimes you have to write down that He is faithful to remember when you are not feeling it. A few years ago, I was struck by an SUV while riding my bike. I should have been killed, yet I had no significant injuries. I wrote about how this had changed everything about me and given me faith stronger than I had ever experienced. Then literally months later I am punching a statue of Mary holding the baby Jesus in the night. I could not pray. I could not sing. I would not sing to Him. The same God that just saved my life. How quickly we forget that He is God and we are not. That He loves us, even and especially when terrible things happen to us. He weeps with us. We forget that we get through these things because of Him.

Thanks for reading...Z
Posted by Zombie at 1:22 AM