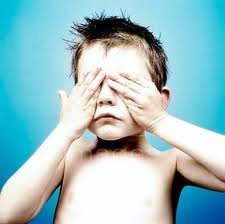 I remember going to King's Island as a kid. There was this ride called the Beastie!!!!!!! It was hundreds of feet of towering fear drenched in the blood and torment of the souls of demon puppy ears.  I was 178 inches under the height requirement to ride this fear inducing monstrosity. On the other side of the park, there was a ride called the Jr. Beastie. This one had my name of it. I got in the car with my mom, who also liked roller coasters and my older brother in behind us. He didn't know yet how he felt about roller coasters. He was sitting next to a stranger, some guy that answered the call for one single rider. Maybe his girlfriend had left him at the alter and this was going to be his honeymoon that he already paid for. Who knows how he got the misfortune of sitting next to my older brother's first roller coaster learning experience. The ride started and my brother was already in tears. By the end of the first 10 foot hill, he was hysterical, being rocked and comforted in this strangers arms. He cried to get off the ride and covered his eyes.

This is what we do when we don't want to know what's going to happen. As children, when there was a bogey man in the room, we pulled the covers over our heads and pretended we didn't just see what we thought we saw. Sometimes we would just rather not know what was standing in front or behind us. My son is like this. He is afraid of everything. I have never understood this because I have only really feared two things...Nuclear Holocaust and being in a plane crashing into an ocean of sharks. He is afraid of the color of the sky in the summer. If it is red, he thinks a tornado is coming. If it is green, he things that tornado is going to throw up. It took me a while to really understand that the fear was real and not just a superficial phobia.

The fact of the matter is that it doesn't matter if the thing that a person fears is real, because the fear itself is real...and sometimes crippling. It is scary to take a chance on something. I grew up in a family that took chances. My whole life I have taken the chance more often than not when I recognized the opportunity. I may have had smoke in my eyes but I jumped anyways. Until I had something to lose. I didn't recognize that there was anything to lose until my eyes were opened and God gave me a family to care for. All of the sudden with my infant son lying on my stomach and a picture of my wife on the dresser, I realized that I absolutely, positively, empirically cannot lose them. Things change then. Good and bad.

Good- You learn responsibility. You learn that some things are not worth opening your mouth or acting on in a whim. You learn that there is more to life than your instincts and human carnal nature.

Bad- You learn really fast to love your life and take no chances, even if God is drawing you to them. You can sell your very soul to the mundane.

You cannot hold your hands over your eyes on the scary parts. You have to watch those horrific things  to learn. Today a little sweet old man was told he was gonna die by September this year, the morning of his birthday. My instinct was to go spend the day with the other sweet old man down the hall who was going home happy, but my heart kept tugging at me to keep my eyes open. We must see the things that scare us. We must face those fears. This builds character in us. Below are examples of people I have met that have removed their hands from their eyes and met the storms head on.

This guy that fought and lost a thousand times with addiction, but kept dusting himself off and going to those musty basement church AA meetings. He walked 2 miles to get there...and still does.

This woman who fought cocaine addiction and a brain tumor to emerge a wonderful parent and actress. She died unexpectedly several years ago, leaving behind a 12 year old son, who I pray will keep his eyes open.

A woman who had lost the love of her family as a teenager and the love of the men in her life and raised two kids on her own. She fought through the demons that surrounded her and emerged with her head above the surface.

A badly burned man who had been set on fire by his step father as a small child because he refused to watch his mother abused. He had lost 7 fingers and all resemblance of a human being. He was homeless and on crack, but called me at night from a pay phone downtown to pray with him as he faced his demons. He did fade away into the night and I didn't hear from him again, but I believe God still reigns in him.

A mother and father who lost their firstborn to something no one could ever understand, and his kids that will never understand why daddy left. But they fight on.

I have many more, but you wouldn't want to read them and you get the point.