Being Used By God

Rom 9:21 "When a potter makes jars out of clay, doesn't he have a right to use the same lump of clay to make one jar for decoration and another to throw garbage into?" NLT 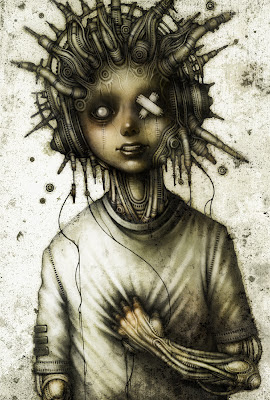 Ever wonder if you are being used by God in a negative way?


I will warn you, this post is gonna seem angry, but it isn't. It isn't anything but a question that I have yet to be able to answer sufficiently enough to give a proper conclusion. I have studied the Bible for 14 years and have been teaching it for 11. I am in no way a Bible scholar. I cannot read Greek or Hebrew, although I did try a "Teach yourself Greek in 7 weeks" book, but only made it 5. The point is, that from what I have read, people have been used by God for both positive and negative reasons, at least as far as they are concerned. All are positive as far as God is concerned. Judas fulfilled prophecy, but did he have to do it? God hardened the Pharaoh's heart to change his mind about Moses, but did he have a choice? You do have to wonder if you really think about it, if everything happens for a positive outcome. The Bible says in Rom. 8:28 "And we know that in all things God works for the good of those who love him, who have been called according to his purpose." This gives us reassurance that the outcome is always for our best if we love Him, but it does not say we will perceive it that way.


A few years ago, I was walking on the Southgate High School track with my wife for the first and only time ever. As we were walking our first lap, I bent over to pick up a cell phone. I opened it and checked the contacts to see who I should call to tell them their phone was lost. I opened the recent calls and saw a kid with my father's apparent last name. I was torn on what to do. I had heard that I may have a cousin that goes to this school and  had to assume as a person who is always looking for the voice of God, that this may be my chance. I had always wondered about my father's side of the family as I had never met any of them...or my father. To my wife's surprise, I hit the call button and spilled out my guts to some teenager, hoping for some answers. He told me he would call me back after he spoke with his dad. He called back an hour later and apologized for not being able to help me and was sorry I couldn't find my father. I would not give up. There was a reason I picked up that phone.


A couple of months later, I went to his Myspace page and found my sister. For the first time, I looked at another person with my father's eyes. To my wife's surprise, I messaged her and spilled out my guts to her. I don't really know why, I was just desperate to know something about her...anything. I spoke to her over the course of several days with excitement at every message. I wanted to be her brother. In the end, she had spoken to her/our father and come to the conclusion that I was not her brother. That was that. I sent her the blood test results, but got no answer. She acknowledged that my father received the letter I sent to her grandfather (I only could track down his address at the time) telling my father I forgave him just after my introduction to Jesus. Again, she said she was sorry I couldn't find my dad. Again, I believe my mother. I had found him. Just no one else believed I had.


Years later and I still don't understand why I came across that phone on that day with that number being the last called. I thought that when I called it my leap of faith would finally get me the answers I was searching for. I believed that God was setting me up for something beautiful. Instead I was left with disappointment. I often feel like He was setting me up for more failure for the purpose of giving my father no excuse. This is a troubling thought for me. Not because I don't believe that God is righteous, but because as Christians, we have this attitude that God is always using us to make us happy. God never promises us this. God promises it to work for our good, not for our happiness.


I thank God for all the things He has freely given me. I never deserved any of them. I am not complaining at all. I am not asking for answers, I am only asking questions that may or may not be answered in the time my pulse beats resurrected blood. I know that God is always good. I know that God sees the beginning and the end of the parade, but my only observation is that sometimes the middle gets a little messy.