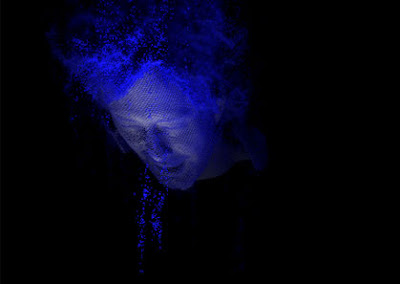 What I have to say is nothing new. I will not wow you with information I do not possess. But I think it is worth writing down anyway for history's sake.  Sometimes, it isn't the new things or ground breaking discoveries that we as people need the most, it is the constant reminders of things we have learned a thousand times. We all know that lying is wrong, yet we often do so without a second thought. We know that it is wrong to slander others, yet we often do not even notice when we are murdering someone with our lips. The thing that has been sitting in my stomach and aching me in this culture that is quickly trading human interaction for electronic relationships, is the lack of human touch. We are losing the humanity that comes with knowing the person your venom is directed at is a human with blood coursing through their veins. People who go to breakfast in the morning and have a cup of coffee and read the newspaper, or Reddit. People who miss their parents and daily think about the day they buried them. People who enjoy roller coasters and want Boblo Island to come back.

During this year's Republican primary, one thing that has stood out to me the most is that people seem to toss aside the knowledge of the person on the other side of their screen and all that data, actually being a warm human being. People tossing insults, lies, and sharp words at each other like they are flaming lawn darts aiming to punish the soul of the person who simply disagrees with you. I am guilty too. I have noticed an increase in paragraphs I have written, then deleted before posting, realizing that they do NOT glorify God. It doesn't have to be an inflammatory statement to be pointless. God says to let your words be few. Much of what I say has no real point as far as glorifying my God.

I ask myself...would I say this to the person if I were face to face? No. Probably not. Because then I would feel bad, because I don't like confrontation. Unfortunately, the internet has become a haven for confrontation from those that also don't like human confrontation. You simply can delete the person, block them, then slander them and they will never see it. Data is unforgiving, lifeless, and brutal. A simple number will never change it's mind because of the look on the person's face in front of it. It will thrust the cold steel into the bowels and turn to another and repeat.

People are not numbers.

We can open the newspaper and read the obituaries and the stories of people who have died and we can have no emotion at all. We did not know them. People die everyday. It is life. It is the end of all people. Who cares. Who cares? But what if you held that person's hand as they died? What changes then? Human contact reminds us that we may be all different, but we are all the same. At my job, a person will die and you will put them into a bag and put tags on them. You will call the proper outlets for organ donation and whatever. You will sign the right paperwork and be done with it and on to the next thing...until the family get's there and wraps their arms around you in utter agony. All they see are their family photos stored in their minds, and the way their mom or dad smelled on Christmas Eve. There is no number for that, it cannot even be recreated. This is the beauty of life and death. God is present in both.

Often we forget that God is also present in our interaction through electricity. Your words hurt or mean just as much as if face to face, yet we lack the discernment of judging a person's face.

Let's keep it clean and civil. Let's handle our electric communication as Christ would handle His physical interaction. Let's make it a point to actually stand face to face with another person sometimes, instead of over lights.