A Little Web Redemption Of My Own 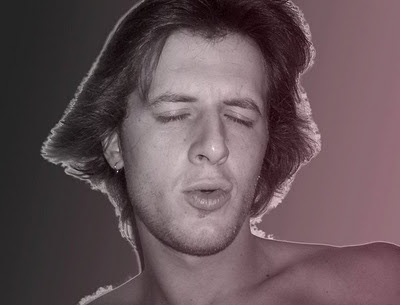 The atmosphere was electric. The lights were dimmed as I walked across the room, on top of the world in so many ways. I had broken through to the other side of my troubles. I had overcome my desire to give up. I followed my beautiful wife across the room full of laughing people and beautiful light bulbs to a table of more laughing people. This table could decide my future, my wife tells me just before walking over there. At the table were two male nurses at Heritage hospital in the Taylor ED. This is where I want to work...desperately. I was excited and had my best game in front of my face and ran my fingers back through my slick hair. We arrived and I shoved out my hand with confidence and introduced myself as if they NEEDED to know me right away. I may have even winked, I don't know, I was in the moment. My wife began the intro and I was off making poor countries rich with just my words. I was slaying every linguistic dragon I encountered and used awesome words like Encephalopathy, and Reddenbeagle. I was what swagger was created to define.

Then something went terribly wrong. Something broke inside me. Something turned off the lights and made the entire room look at me in complete disgust. It was something awful, something that blanks faces.

Let me preface by telling you about a different, but not unrelated story that happened many years ago. Put the first story on the back burner for a moment.

It was the day after Christmas, the year 1999ish. I was returning stacks of gifts of things I did not want to Macy's (Hudson's then)...a few were for an ex-girlfriend I decided to dump before I had to give her a present. "Good thinkin," I was saying to myself the entire time. I had a terrible upper respiratory infection which was producing much congestion in my chest. My hands were full as I tried to set the presents down after waiting in a long line to return them. The teller was pretty. She had a glisten in her eyes that was inviting to speak to her. She said "Hi." I looked at her in the eyes and as I said "Hi" back, I half-coughed. Half-coughing is a phenomenon where half words mix with half coughs and things happen...unspeakable things when the person had a respiratory infection. As I began to speak, I coughed and could not cover my mouth and a single, tight rolling slug of infection flew from my mouth and the world went silent as I watched it make contact with the center of her head, right between the eyes. My eyes grew wide at the same time hers did. We were both equally offended by my violation of adequate human courtesy. Her eyes crossed looking at what I had tattooed on her face. I picked up those gifts and ran away. I would return a different day when I was sure she was not working.

Back to my original story much more recent...Last Saturday. I was throwing verbal flames at these potential employment leads and the world stopped again. This was my redemption...my chance to make wrong things right. The lights went dim and the world softened it's voice as I watched a single, tight rolled piece of saliva fly from my mouth and find the tip of his nose like a Marine heat seeking missile bent on destroying my life. The room was so still that I had time to look to my left at the people watching and then to my right at my wife still talking as if nothing happened before the person exhibited their initial reaction. He was a picture of grace, just reaching up and wiping his soaking wet nose. I apologized immediately. This was not something that could be blown off. This was a catastrophe. He said, "Oh, no problem," but underneath I could only see complete hatred and rage.

What word was I saying you might ask? I don't know, but I suspect it was something with a strong P sound. Something like: Plagiarism, or palaeontologist, or human pappilomavirus.

Such is the normal of my life. I am an idiot who is ripe for the world's laughter.

Do you think I still have a shot at that job?