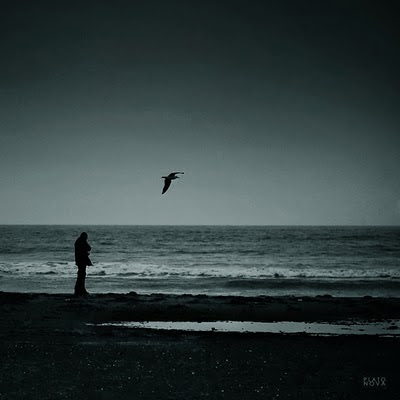 I held fire to my fingers. I flicked the wheel with my thumb and the volcano erupted in a dancing light show. I felt the wheel heat up as I placed it under the wick, then a spray of sparks. The rocket was lit and after a few moments, it flew into the air.  It left a tail that weaved between the stars and shot into the atmosphere unlikely to return to it's origin. It's composition consisted of a used toilet paper roll, a huge wad of Kleenex, some glue, and a rocket bought in the middle of the night from a local Meijers. It was beautiful the way it sailed off as if it had a specific destination.

I lit mine and it did the exact same predictable things. We lit the rockets according to simple rocket science...make it straight, make it symmetric, and give it propulsion. Joe lit his according to Joe science...make it strange looking, make it square, and gave it fire. His lit because it had a rocket attached and flew 3 feet before veering off to the right and fizzling out.

At least his was honest.

Ours was a showing of what smarts we had. His was a work of art, descriptive of his passion. It died.

Passion dies often.  Especially when it's misguided. If he had the guidance that matched his passion, it would have overcome the atmosphere and lived with the stars. But it didn't. It succumbed to gravity and fell back to a foggy earth.

Our lives were meant to be lived with guided passion for what is right. Any other scenario will end in a rocket dropping back into your parent's back yard.

The Bible says (this is my favorite verse), that ALL things work for the good of those that love Him. I believe that, because I believe our God is good. I believe, despite my anger and rage for what He has allowed, that my God is still in control.

It has been a rough couple of years trying to convince myself of that. I have had times when I was playing the part because it was my job to, there have been times when I was sure everything happens for a very good and unknown reason. But to be totally honest, most of my time is spent in the middle... not really knowing. I am still so pissed off and cannot bring myself to an understanding that sin has taken hold of all humans still alive. And that God has reconciled ALL things to Christ. Somewhere in the middle is this emotional and misguided feeling that God is playing games that are set up for us to lose. Set up to make us feel stupid to make Him feel better.

I understand now the feeling of complete loss. I understand Job (somewhat, as his collapse was much worse). God isn't God because things are going well, but because He is still God and loving when things are terrible.

It's been the hardest year and a half of my faith. I have been so angry and acted out. I have made myself the fool, just to show him that I still had a choice. I have given God the worst of me, just to tell him how mad I am at Him. But when the noise had died down and the fit has subsided, He is still holding my trembling hand. God is still good, even when we blame Him for everything.

There are pieces of me scattered all around this place. Pieces I will never get fully back. But this is growth. You lose some of yourself and innocence when trying to survive the evil life brings. It is then you experience defeat. The next step is to reach toward God and take hold of victory, which is found only in submission.

Thanks for reading...Z
Posted by Zombie at 1:11 AM