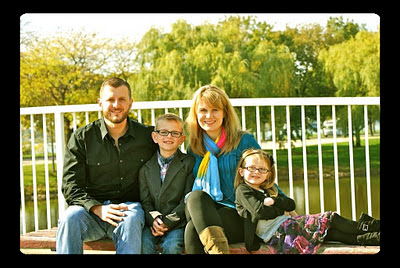 Today was a big win for me. I passed the state boards and became a registered nurse. For most in my class, it is just one of many sunny days. For me it was a culmination of a thousand thunderstorms.

This is a testimony to the power of God and His way of shaming the wise.

I am an idiot. My internal filter is faulty, my logical leads me to the longest route to my destination, and my stubbornness hinders me from following very closely. But God inside me is something special.

I have been told my entire life that I can't do things. It pisses me off and I hate it, because sometimes I believe it is true and at times it has won and I have given up. I even had a high school teacher tell me when she saw me with a wife and kids that she "Never expected this much from me." Something so easy...to marry and have children? These things are easy. Anyone and most everyone falls in love and most get married and have kids. She didn't even expect the easiest of tasks from me. The hard part is holding all of these things together.

The enemy's passion is telling you that you are nothing. His goal is to get you to believe it. Ask my mother who was told to abort me by her own father and left to her own defenses by my father. They told her to give up, the enemy told her to give up...but she didn't. Instead it pissed her off and she fought harder and raised two kids by herself. By the strength and grace of God I sit in this squeaky chair and write victorious. I have her spirit.

This is another testament to Christ in my life, that he took a bastard child and raised him up with sometimes nothing, clothed him in sorrow, drenched him in tragedy, shattered his heart, and made him one of His children. The world took my brother the year I began school, instead of derailing me, God used it to keep me busy and unable to sit and feel sorry for myself. The world told me I cannot go back to school full time while working full time and raising three kids and a wife at home. God made special moments with my family and gave my wife the heart to forgive me for what I have left behind for her to clean up and picked me up where I fell.

During this past year and a half, I have shouted into the open air about the unfairness of God. I have punched religious statues. I have punished myself in any way I could find for the loss of my brother. I have doubted that I really had it in me to do anything good. God stood there in complete disagreement. I think He is proud of me today.

I was at the gym after I found out that I had passed this miserable exam that was the final barrier to what I have been working so hard for. I was lifting weights and I got madder and madder at the thought of people telling me what I could not do. At least six times, I almost cried. The gym is not the place to cry. You do that on your pillow at night or in the shower so you can blame the soap. Not the gym, so I held back the tears and praised my God for His strength that He freely put in me. I have overcome much because of Him and am a living testament to His strength, power, and ability to bewilder the wise.

I dare the enemy to tell me I can't do it. Because I can.

Philippians 4:13 I can do ALL things through Christ, who gives me strength.