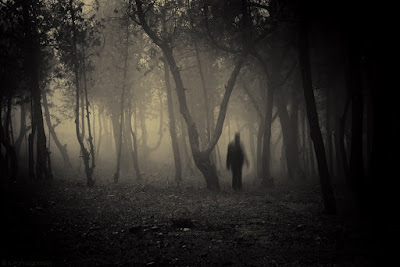 The link above was my ringtone for my brother Will.

I have written so much about him, but I fear I have not represented him accurately. He wasn't all doom. He wasn't always this object of my collapse. He....

He was a real person. A person with likes and dislikes and a person that laughed more than the average person. He was just like me.

When I met him, we were sitting in church on a Wednesday night at some strange youth gathering without any direction. He was wearing a purple and greyish satin jacket that belonged to his father and smiled the smile of a million braces. He was quiet...just the opposite of his little brother Joe (Gumby on this blog). He was taller than anyone I could see and had really large hands. That's all I remember about the first time we met.

Soon after, I came to his house with his little brother Gumby. That day, we all watched CB4, a Chris Rock movie, and laughed through the whole thing as though it was a funny movie. It wasn't, but we laughed anyway. This is what friends are made of. The three of us became friends. Joe and I once hated each other and then became best friends. Will came along for the ride, but ended up my brother. All of this happened in the Michigan winter. The snow cleared and we were family. I slept at their house at the side of Will's bed. I moved from my home into a flat and Will slept in the recliner next to my bed. Joe and I woke up on a dock somewhere like brothers in a backseat.

He was an icon. The things I say probably are exaggerated now, but to me, he was a complete hero. He was everything I wish I was, and he loved me for who I was and wanted to be near me. I knew I had someone different than ordinary friends. The three of us soon became the Dead End Kids. We got in trouble and made it clear to everyone that we were not going anywhere. We weren't. We stayed for each other. It didn't matter the opportunity, we would not move away from each other. I still will not move away.

I think what we had in each other is what everyone really wants...We had unconditional love and respect. Will and Joe didn't care that I had a nervous twitch or that I was quietly sad about everything. They were family. They wore my badge and I wore theirs. They knew that there wasn't a single thing that they could tell me or do that would change anything and vice versa. I wouldn't have changed a thing...except the way my big brother met Jesus. We always dreamed of purposely getting kicked out of retirement homes and ending up dying doing something stupid together at 103 years old. Not parting ways at 31 years old. 31years is too few. It isn't nearly enough. But it is truth. Truth is He's gone and I can store up thousands of memories about him that are wonderful, but the last few eat my soul away.

We still are the Dead End Kids. We have gone nowhere. His ghost is everywhere we turn. We cannot leave. We are a part of the mess he left as he passed through.

So what does it all mean? Nothing. It means he is dead and we are not. This should be encouraging to you because we still have the chance to see the way the lights dance around the snow and the leaves fall red before being raked. It means he is in Heaven and we are not. We are here in a beautiful creation, experiencing a faulty human, wonderful life. You may be a dead end kid, but the dead end may be the place to start a new path. It's ok to remember the path while taking another.