Redemption Under A Rock 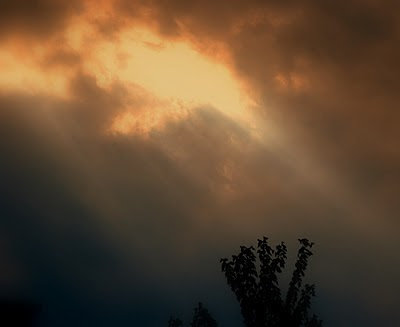 I set it all on fire and danced as it burned when I encountered Christ on my road to death.

Sometimes I wish I hadn't burned that stuff. Maybe it was just another hasty decision made by a very unpredictable person. But I doused them in gasoline, along with everything I had ever written and flicked a match on top and watched all my sorrows burn. It was beautiful in the moment. It was beautiful to watch your past go up in flames in the face of this new and beautiful future. I had never had a future in my mind. In my mind, things always ended in me taking my own life. For the first time, I saw something out there on the horizon. It took me seconds to make the decision to burn those feelings. I hated them so much.

I wish I hadn't. A true record keeper keeps the bad records too. The bad ones remind us of how far we have come. I have but one notebook left from that time. I could not burn it. I could not deny that night. It was the only notebook I left from the fire. I lost all the rest.

It isn't about holding on to the past. It is more about the reminder of the miracle of God and His personal touch in your life. This last notebook held my final letter to my brothers written over a previous post. I was so drunk, I didn't notice there were already words written there. It is barely legible, but I can make out it's point.

The point was goodbye. The point was that I still believed there was gold in the world, but grew weary of trying to find it. I had failed, not the world.

I tremble writing about it as I tremble thinking about it...the tracks vibrating beneath my head...the cold breeze blowing over my cigarette, almost putting it out. The night sky was brilliant this night, with it's colors and light beams. It was cold and lonely outside. I wept like a child lost from his mother. I wanted out so bad.

Wanting out is our way of excepting anything real. It is the bottom that some people need to take hold of what is really the truth. Even when God saved me, I still held close to my contempt for Him and my doubt that His hands were anywhere near me. I could not hold on any longer and I tried again. This time in a more uncertain manner...the blade. I could not even hold it to my wrist as I trembled, so I dropped it a few times. I shouted at God or the devil or whoever was messing with me and grabbed it again. I was certain this time and held the blade furiously. I took a deep breath and thought of my brothers, Andy, Will, and Joe, and then prayed for real. I had never really talked to God frankly. I had only gone through the motions with the "Dear Heavenly Fathers" and stuff. This time, He answered in a voice that does not reach my ears, but pierces my heart. A voice I cannot explain or prove. A voice you will probably not believe in. I dropped the blade again..this time for good. I reached the floor and prayed. I wanted to hear more. I laid there alone for days weeping the hardness from my heart. Weeping away all of the pain. I was healed. I don't even care if you believe me about God. What I care about is that you seek out your own experience with Him. Ask. Knock.

Thanks for reading...Z
Posted by Zombie at 1:15 AM