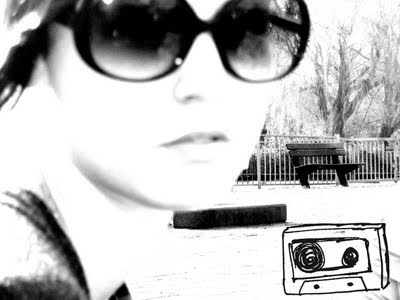 People see things in either words or pictures. A story is told or read and they see the story in the words that are printed and take them for what they say they are...or they see them in whatever picture their minds compose to understand the background and situation.

What if I told you this story:
A kid walks into his attic and starts going through the treasures stored up there. He opens a small box and pulls out a piece of his dead grandmother's hairpiece that is lying on top of his own childhood baby teeth. He moves on to the small metal box that holds a piece of paper stamped State of Michigan. The paper is yellow, but you can tell it was white years ago. It tells this reader that this one guy is this kid's father due to probability in blood typing. He moves on to a gun. This gun is heavy to him. He is baffled by it's weight and strength. He has never seen a gun like this. Plastic guns are light and fun, and this one was heavy and menacing. He puts it to his eyes to look into the barrel. He looks out at the wall and points it to his gaze. He pulls the trigger and hears a click. He does it again and hears another click. This is where he let's his guard down and pulls it again with a weaker grip. The gun blasts off, sending his arms backwards and his heart racing. He puts the gun down and walks away from it shaking.

I see stories in pictures, which my test taking book says is a bad thing. When someone tells or writes me a story, I see the words manifest in the way I would picture them to have happened. The problem with this is it is easy to confuse your own pictures with the actual facts. I am told.

When I read the Bible, I am in the story...at least from a 4th dimension on-looking vantage point. I see things as they are happening, not as they happened. It helps me to identify with the point of the situations, but not the details, which is why you won't find me posting about deep theological arguments here. I get the point and the rest creates no pictures for me. There is a place for a person that sees things in words...the theologians...the philosophers, but their place is somewhere miles away from me. I love deep thinking. I love thinking about God and the deeper things about Him, but I hate arguing about it. When I see and hear people in even a healthy debate, I walk away. It just isn't my thing. I came to know Christ, not because of words, but because of pictures. Particularly a picture of a really hurting kid in love with his anger and rage, waiting for someone to give him an excuse to close his eyes. This kid saw God save his life and rip him from the hands of the devil and walk him hand-in-hand to His Father. I understood God due to pictures formed in my head that describes the indescribable qualities of our Creator.

It doesn't matter the way in which you think. It matters the point of the story.