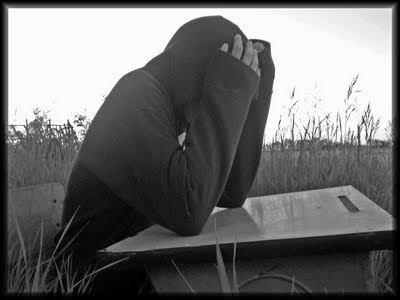 It was the smallest apartment. It hadn't been updated in 30 years. It sat as the top floor of a 110 year old duplex. The carpeting was matted and had tracks that led to every room right through the middle. The bathroom was a pale, yellow floral wallpaper that I assume used to be beautiful in the morning when the sun shined through. The living room had a huge widow that overlooked the neighborhood, but it was covered by the overgrown branches of a tree planted 50 years ago by who I can imagine was some kid bringing home a small tree on earth day from school. It's kitchen window was it's window to the world. I used to stare blankly out that window just waiting for something to happen. Things rarely happened. One bedroom down the wall was my small tomb. During the night, I would put on Tupac albums and sometimes play track nine on repeat as a drank myself into oblivion shaking my fists to a cold and unforgiving world. "Life goes on!"I would shout as it flowed from his mouth. It didn't matter what had happened to me, or what was happening to me. This was my anthem. "Life goes on. F the world." This was a pendant on a necklace given to me by a friend I had. She knew I would like it when she got it for me. Everyone knew I was in trouble. Most sat by watching it, doing nothing...because they wanted to see what would happen next. Because I am and have always been unpredictable. But when they did see, most of them ran away. Jesus happened next. People don't have room for Jesus.

I drive by that upper flat twice a week at least, and every time I look at it, I peer into that only window to the world. Every time, I see my own face staring out of it. This was the home of my most beautiful and horrible memories. I realized the top and bottom of who I could be here. I saw both a glimpse of Heaven and Hell. I often think about me laying there on those tracks a mile away from this place. I think about being alone in that moment. The truth is, I didn't feel alone. I felt like I was weeping to someone unseen. I felt like I was giving up in the face of a victorious and vengeant God. I wept, all the while feeling the cold steel on the back of my neck. I cried so hard my guts felt like they were spilling out of my mouth. I wanted to live. I wanted so badly to feel something other than the sharp pains shooting through my head...and stomach. I wanted to believe in something that was true and honest and just. I was tired of being lied to and shown that God only loves you when you follow His rules. I never asked Him to intervene.

But He did. He intervened in a way that I could never deny or walk away from. God gave me something many do not get to see. God gave me a miracle. God let me see something miraculous to prove He was here. I am a blessed man. I get to live with the piece of mind that despite all the hatred and anger and pain in the world, I have actually seen a miracle. Some of you have too. Remember your miracle. Your miracle drives you through times of doubt.