The Way I Became 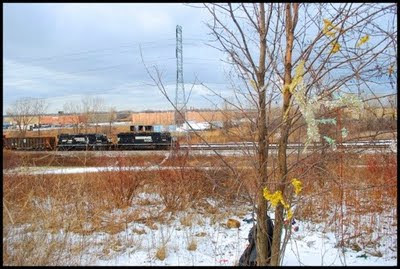 Why am I the way I am? What events led to me being this person with this soul in this time in history? Have you ever thought about that? Life is weird. The way things play out never fit where we think they might. I never thought I would get here. Never.

I opened the cupboard looking for cereal and found a rat. It matched the ones that were rotting beneath our floorboards, drifting their stench into our living room. We had been duped. Or maybe it was all we could afford, I don't know, I was just a kid. But here we were in this house, and I got tuberculosis in the glands somehow, and I got some time off of school, and some needles in my arms, and stitches in my neck before I was a healthy and thriving young boy again. I wasn't an outgoing kid as most would assume. I was shy in school and unsure of myself. I kept the answers to the teachers questions in my head and stayed silent. All of my report cards said I had more, but wasn't going to give it. My classmates wrote cryptic and futuristic things on my yearbook and I ignored them waiting for that one girl to sign it..."To Adam, have fun with the girls in the 6th grade, KIT, Whoever." If she had left a number, I would have called it, but she didn't on purpose. Why didn't she? Because there was something wrong with me. I wasn't right. I wasn't normal. No normal 12 year old thinks of death. No normal 12 year old thinks that maybe he might be better off in darkness than right now. I fell asleep to "With or Without you" from U2 most nights in Jr. High and most nights I felt my mom's hand upon me, praying for me. Whether she remembers or not, I do. I remember her prayers for me and I could feel her worry. She knew I wasn't right too.

Eventually my repeat button on my cd player wore out and I had to rig it. This was years later as I played "Life Goes on" from 2pac all night as I drank the world's worth of beer to fall asleep into a dream that would make me want to never sleep again. See, evil is real. I have seen it and so have you... some of you have even realized it. When morning came, things would be ok again. Just get through the night and I could act during the day. It was just that time when the sun went down and I was left sitting there with nothing to distract me from myself. Most nights Will or Joe were there, but they had girlfriends and a lot of times, that left me alone with who I called Cold. It was this empty feeling I got that I eventually got attached to. I hated it, but it became family to me. I wanted it gone, but feared losing it. So I named it and embraced it. I sat in the corner of my filthy room with a bottle singing my praises to the god of wine.

This was the person that God was watching. Not the only person, but the kind of person. This is what makes God so beautiful to me. You don't have to overachieve to get the affection of God. You needed only to really need Him.

I think that is always how He has worked. He always went to the people that really needed Him in a way that is real. A person can say they need God when they struggle with a fear of a lost investment, but a person that needs God to provide their next meal feels God differently. Less than a month before Will died, I went to this hill to look over the city and found a homeless man's house decorated in the snow with a sleeping bag and some liquor bottles. Above where he slept in the subzero cold, were some branches that he tied garland around...his celebration of Christmas. I took pictures because this may have been the most pure moment of my life. This guy that had lost everything, probably because of drugs and alcohol, but wanted to feel home again. He probably remembered when his parents bought him that Evil Knievel toy that one year when things were pure Heaven to him. Maybe he remembered the way his dad looked at his mom when he opened that box that held his very heart. Or he remembered nothing at all but his drink. It doesn't matter because he wanted to celebrate Christmas wherever he was, even if under a maple tree in the dead of winter. It is his bottom. It is what it looks like to live at the bottom of humanity. At the bottom of humanity is where grace shines the brightest.

This is where God found me. Laying there defenseless, hoping for death. God found me in the depths. Truth is, He had never lost me. Truth is, I found Him with me in the bottom of the depths. I found His dirty face next to to my dirty face, His much brighter than mine,  and He lifted me up out of my own spit, blood, and piss. He set me on my feet and gave me the world. This is grace. This is the message of the Gospel of our Living God.