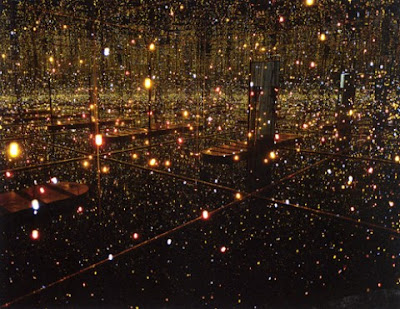 Little kids knock them down to see their lights go out slowely. When they are really young, they catch them and put them into jars to watch and use as a night light. Get a little older and they are smacking them down and smearing their nuclear looking guts all over the ground, just to see what is inside of them.

Why? Why do we do that? Why do we tend to destroy the most beautiful things. If you ever held a baby, you can easily see it's beauty. You can understand why a person would want to have one. They are cute, innocent, and totally reliant on you for survival. Yet, some people can walk away. Others who cannot just leave, stay and hurt that sweet little person for the rest of their lives. Maybe it is the very fact that the babies need them that makes them nervous. Maybe they aren't worth needing. The cold truth is that some people should not have kids. Some people are so self absorbed and irresponsible that they should just pay the money and walk away. I know this isn't the greatest or most popular thing to say, but I really believe it to be true. This is not a perfect world, if it were, a married couple would have a child and raise it in love and peace until it didn't need raising anymore. But this isn't a perfect world. Some people should never be parents and because of their ignorance or rebellion, they have kids. Maybe they should walk away instead of treating them like dirt or abusing them. Maybe adoption IS the very best option for them. They made a mistake, and maybe they shouldn't make another. Maybe they are not in the right condition to parent a child right now.

It is a hard concept for me to swallow because my father split before the gun sounded and the crowd finished their bets. It sucks to think of a guy that walked away. But what sucks more is the reality of who would have been in my life if he had stayed. God protected me from a monster. Maybe not a life long monster, but the definitive monster of my adolescence. He may have been a hero to my sister, but to me, he is everything I never wanted to become and it is God I thank for that. He smashes my beautiful guts all over the pavement and just walks away as though I had never shined so bright in the night sky. It is what evil is. It is the sickness of sin hemorrhaging all over the earth. I was a victim among many, many more victims.

The Ten Commandments say, you shall not murder. Jesus said, if you if you even call your brother a fool you are an offender. Many stand here dead because of you...because of me. We speak death into the lives of many people as we go about our business doing what we think God wants us to do. We can be careless with fragile human beings. Sometimes we don't see the light we are about to stomp out. Maybe we need to open our eyes because people are lightning and mean so much. People are worth so much.

We may get the impression that our depth has gone far beyond that of others, but they bleed as red as we do, and shiver in fear, and writhe in pain when pierced. To crush a person's spirit is to crush their bones. To leave them barren is to leave their corpse for the vultures in the desert sun.
Posted by Zombie at 2:28 AM