I Watched The World With My Head Pressed Against The Glass 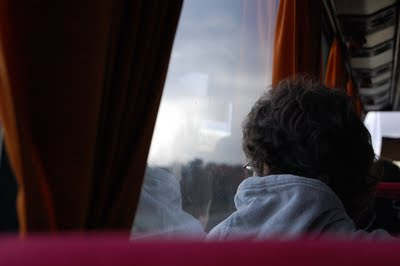 Have you ever been to the bottom of the sea? I bet it's dark down there...and deep...and cold. I bet it's full of fish I have never imagined before. I bet things are a lot simpler. That's why the eight tentacled octopi reside there. It's easier to fit in with eight protrusions down there. Fish down there are less judgmental. Down there, everyone is a communist. It's the only way to escape the sharks. Deep space and the bottom of the sea are the two most frightening things in the universe due to our relatively small amount of factual knowledge about them. They are just dark. Both containing enough pressure to smash your skull and turn your blood into icicles. We cannot go to either without really high tech and expensive equipment, but their inhabitant fish have bodies suited to survive there. The reason for all of this nonsense about places I will never go, not just because of money, but mostly because of fear, is to relay my relative distaste for my culture at this given moment.

I am sick of most things. It is easy to get jaded and think negatively about everyone when moms are killing their kids and getting away with it. Fathers are punching their pregnant girlfriends in the stomach to kill something they will never get to hold. Jimmy John is killing actual elephants and bears just for the photos. Nothing seems right to me. It is all off..

However, the other day, things changed a little. I was at clinical in Detroit. My friend from school, Andrea had lost her wallet a week prior while running across the street. She returned the next week and went to security to ask if anyone had turned it in, not expecting that they did. Well, someone did. Except something was different about the wallet. She was broke with no money when she lost it, but when she got it back, it had 5 dollars in it. How cool. What a great God to remind us that He cares and that He is still active and working in this world. Not everything is all bad. He smiles on us in the little things we have to be looking for.

It reminded me of when God did something similar for me. I was working construction on a really big crew building condos. I had previously worked for an all Christian crew of my friends that debunked. This new crew hated me. I was the new guy and they hated me. Even if their emotions were devoid of any opinion at all, their actions were brutal. They called me Ass*ole. That was my name any and every time they referred to me. "Hey Ass*ole, go get us beers with your own money!" Hey Ass*ole, go do everything that we don't want to do because your an ass*ole." I hated working there. I hated it more than anything I have ever had to do, because I am usually liked. I wasn't here. I was hated by their actions. One day as I dragged myself in to work after dreading all night before going to bed because of them,  realized at lunchtime that I had no money on me. Forgot the wallet. I was so hungry, but more than that, lunchtime was the only time I could escape them. I would sit and eat lunch in the woods and break down as I prayed over my food, needing to connect with my Maker. This day, I had no money to eat. I took a deep breath and came down from the roof where I was nailing boards down all day and as I came through the plywood doorway, a five dollar bill came flying through the air and landed against my steel toed boot. I picked it up and asked the crew if anyone lost any money, fully expecting them to claim it even if they had lost nothing. No one did. My heart dropped. I didn't care about the food that money was going to buy, but I cared because I knew God sent it. It was his way of saying "I love you" to me. It may seem so small, but it meant so much to me that I am writing about it 13 years later.

When things get bad, even when it is hard to imagine, God is here with us. God is here and active and lavishing us with love. When things seem to be without any hope, here He is. Whispering love into our ears.

May God show His love to you today and everyday.

Email ThisBlogThis!Share to TwitterShare to FacebookShare to Pinterest
Labels: I quit that dumb job on my 21st birthday in the middle of the night via voicemail...showed them