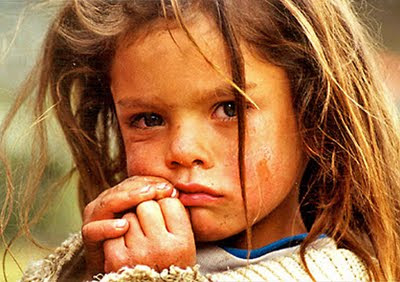 She had green eyes. Most wouldn't have even noticed them as she twirled around the silver pole. When she was little, she wanted to be a dancer of a different kind. She wore pink and skipped rope at school before the war in her head began. She wasn't looked after. One night while she wasn't being looked after, one of her mother's boyfriends looked after her with his hands. She was ruined. Her mother chose to continue her love for the wrong man and the little girl with green eyes moved out to the streets. She was 13. She started dancing when she was 13.
She would pretend to be someone else when she danced. On days her mind would not cooperate, she would medicate herself until it did. She wanted so badly to believe in real love. The kind that doesn't cripple you in agony. The kind that looks out for you with their hearts. She wanted someone who would ground her instead of indifference. She wanted anything that wasn't everything she had ever seen.

I met her in the pits several years later. I was there too. I wanted the same thing she did. We were friends because I noticed her green eyes. Very shortly after I met her, I gave up and went to the tracks to accept my fate. If you have read before, you know the rest of the story of the tracks, but maybe not the rest of her story. I fell deeply and passionately in love with Christ. Sadly, I also fell judgmentally in love with religion. I started bringing her to church with me. She kept embarrassing me. I bought her christian cds and she danced to them, this irritated me. I never thought for a moment that she danced to them to take herself to Christ in her own way. I had had enough of being humiliated by her to my church friends, so I walked away from her. Told her not to call. I left her alone again. Another person walked away from her. She called many months later to tell me she was moving out of state. It never occurred to me why she was calling. I think now that she was trying to ask me to stop her. Not for any reason other than to be her friend and share what I knew of Jesus to her. She loved Jesus, at least the idea of Jesus was beautiful to her. I was cold on the phone and she hung up and I never spoke with her again.

I regret very little in my life. Everything that has happened has served to lift me up or to break me down to strengthen me. This is my one real regret. I let her walk away without giving her her heart back. She wanted Jesus to be real. I knew He was. I could have showed her who Jesus really was, but I showed her exactly who He wasn't. I can only pray and hope that Jesus used more than me to show her His love. I tend to believe He did, but I will never know.

Remember this when a broken person reaches their hand out to you, even if they drive you mad. I don't get know the rest of her story because I was a fool.

Thanks for reading...Z
Posted by Zombie at 9:44 PM