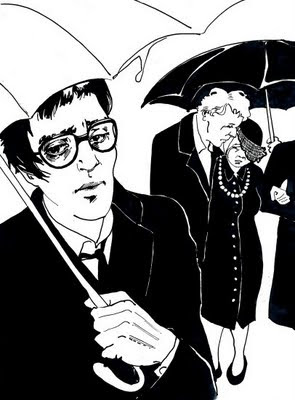 Mark 14:3 While he was in Bethany, reclining at the table in the home of a man known as Simon the Leper, a woman came with an alabaster jar of very expensive perfume, made of pure nard. She broke the jar and poured the perfume on his head. 4 Some of those present were saying indignantly to one another, “Why this waste of perfume?  5 It could have been sold for more than a year’s wages and the money given to the poor.” And they rebuked her harshly. 6 “Leave her alone,” said Jesus. “Why are you bothering her? She has done a beautiful thing to me.  7 The poor you will always have with you, and you can help them any time you want. But you will not always have me.  8 She did what she could. She poured perfume on my body beforehand to prepare for my burial.  9 I tell you the truth, wherever the gospel is preached throughout the world, what she has done will also be told, in memory of her.”

Now her brother Lazarus is sick and dying. The family is in chaos and desperate. Mary and Lazarus had become very dear to Jesus. They went to the only place that hope truly lives, they went to Jesus. In all of their turmoil, Jesus says this: “This sickness will not end in death. No, it is for God’s glory so that God’s Son may be glorified through it.” Imagine the comfort they felt. Imagine the weight lifted. But then Jesus does something unexpected for a Savior. See when we imagine a Savior, we imagine this Superman-like character who swoops in just in time to save the damsel in distress. This mighty muscle man that keeps everyone safe from the things they don’t want to ever happen.

When he heard that Lazarus was sick, he stayed where he was two more days.  Two more days the hero stays put. Now imagine the panic as Mary and the rest of Lazarus’ family watched him deteriorate. They went home with hope after speaking with Jesus and now they watch Lazarus close his eyes and breath his last breath. Meanwhile as Jesus is walking with the disciples, He stops and says John 11:11b“Our friend Lazarus has fallen asleep; but I am going there to wake him up.” 12 His disciples replied, “Lord, if he sleeps, he will get better.”  13 Jesus had been speaking of his death, but his disciples thought he meant natural sleep. 14 So then he told them plainly, “Lazarus is dead,  15 and for your sake I am glad I was not there, so that you may believe. But let us go to him.”
Jesus makes the less than 2 mile trip and upon arrival, he finds Lazarus dead in his home for the last 4 days in the Israeli desert. Less than 2 miles. He only had to travel 2 miles and Lazarus would still be alive his families cries. Instead, he strolls in 4 days after Lazarus has died. The very thing He told Mary the story would not end in. It would not end in death. Mary was so upset that she didn’t even come out to greet him as He arrived. Martha wailed and cried and wept in anger. Jesus looks her dead in the eyes and says, your brother will rise again. Of course he will, there is a resurrection in Heaven, that does us no good right now. No, Jesus says, He is getting out of that bed. He sends her to get Mary, and she comes running and falls at His feet upset with Him for allowing her brother to die. Jesus looks at her. He sees her grief, he feels her heart beating with His and they are both broken. So He weeps.

This is a passage that has always intrigued me. It is the shortest verse in the entire Bible, but at further study reveals such detail about the character and heart of God. Jesus knew what He was going to do. He knew He was gonna walk into that room and tell that guy to get up out of that death bed and walk right out for all to see. Jesus isn’t grieving for the death of His friend. He isn’t weeping because of any lack of faith his family had in him. Jesus tested their faith by not showing until Lazarus had died. Jesus wept because of what God named Him. God named Him Emmanuel, which means God with us. God named Him exactly who he was and was going to be. God, in the flesh with us. Jesus wept because he felt the pain of loss and sorrow with Lazarus’ family. Jesus was sharing in their suffering as He would later ask us to do in His.

John 11:43 When he had said this, Jesus called in a loud voice, “Lazarus, come out!”  44 The dead man came out, his hands and feet wrapped with strips of linen, and a cloth around his face. Jesus said to them, “Take off the grave clothes and let him go.”

The point of this story among the sheer fact that there is nothing too powerful than God, even death, is not that death happened. Lazarus was risen from the dead, but he died again later in life. The point is that death happens. It is the curse of sin on this world. But the point is that Jesus is with us. Sharing in our sufferings as we share in His. At a time like this, it is common to feel alone in you grief. It is common to be angry. It’s ok to be angry. You didn’t see Jesus rebuking Mary or Martha for their grief. You saw Him weep with them. Jesus is here with us as we weep. Jesus is offering His presence. You can bang your head against the wall without hope, or you can rest your weary heads on the chest of God and find real comfort.