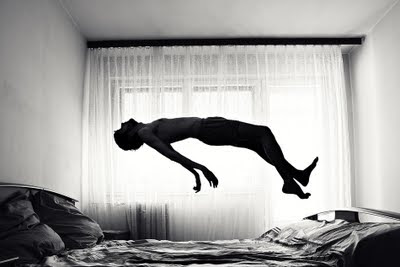 This blog is rated R for people who scare easily.


I mentioned in a previous post this person/enigma that used to rule my conscious. He began when I was child, I eventually would grow to call him Cold.

I used to live next to park. The year before I began kindergarten, I would spend a lot of time playing in the park during the day. Most days Tom was there. I remember his name because I made a mental note to fear him forever when I met him. He would sit in the park and play the saxophone all day for coins. I didn't have any coins, so I don't know why he wanted me around, but he did. I was 4. I wanted to play. He was like 20. He wanted to spit fire about dark things at a 4 year old. I listened as if these were the last words I would ever hear. Tom was fascinating. Something was off. He taught me about nuclear war. Taught me about the coming apocalypse. Taught me that everyone has to die. One final time...I was 4.

15 years later I began seeing Tom again. Not the same guy, but a manifestation of him (Cold). I saw him everywhere. I was drinking a lot, so let me preface what I am about to spill on you with the fact that not all feelings and bits of perceived reality can be trusted when you are basted in beer. However, the effects were real to me. They still are real to me.

It began one night at about 4 AM. I was dreaming horribly. This was my habit for several years...to dream horribly. I woke at the sound of my name. My eyes opened without flutter to a very dark room...darker than I had ever remembered it to be. Dark spots briskly moved around in my periphery and vanished at focus. I was sweating like I had run miles and my heart was racing. I could actually hear my heartbeat. I got up, flipped on the light, and shrieked at what was plastered in front of me. A poem painted directly on my wall, with paints below on the floor. It read, "Cover me in ashes. Abandon me in the cold. I'll still be here. I'll still exist." .............Yeah.

By months end, there were 13 or 14 of those things painted on my wall. I don't remember authoring any of them. However, like I said, I had zero nights sober then, so who knows. Poems like "In the end, we all will fly, up to the heavens, to the fire and fry" (Cobain reference maybe, who knows). I painted a single clown. I painted dozens of eyes all over.

I grew paranoid. Anyone would. I believed someone was going to kill me. My door had been kicked in weeks earlier and nothing stolen, so I had some evidence to believe I was being stalked or messed with. I continued seeing things...shapes...hearing things. All things any decent shrink would have diagnosed me Schizophrenic for telling him. I was obsessed with death.

I woke one night after a horrific dream, one of the worst in fact. I couldn't move. I was paralyzed. In my dream, I was being raped by something unseen. I woke and could not move my arms, they were being held down. Maybe by my own mind going ape turd or something different. Couldn't see anything. My phone rang and my arms were released. I ran into the kitchen and looked out the window as I answered it. I felt something terrible behind me. I put the phone to my ear and it was Joe, my brother. He said this: "Adam, he's behind you. I am on my way." .........Yeah.

My mom knew I was in trouble. She had her charismatic friends (Demon slayers, Holy Ghost shooters...joking, all in good fun) over. She says they started praying in my apartment when I was at work and stuff started whipping around there. She said something of a sun flying out the door into the basement. Ghostbusters visuals everywhere. She says everything became suddenly calm and she looked over at my 6 foot iguana who was giving everyone the stink eye. They put a Bible in it's tank and she said he laid his head down on it's 60$ pages. Now, no more definitive answers here. There are several things at play. Psychology proves that when you enter a scary place expecting to see something, you usually do, at least your perception of something. Also proves that terror can deceive your mind and make you draw conclusions that are not in reality. However, my iguana died the next day......Yeah

Took me months of dating to share this with Laura as I didn't want her to run for cover and lose her forever.

Once again, no definitive answers as the horror stopped when I placed my trust in Christ, however, conveniently the same time I stopped drinking.

Thanks for reading...Z
Posted by Zombie at 8:32 PM