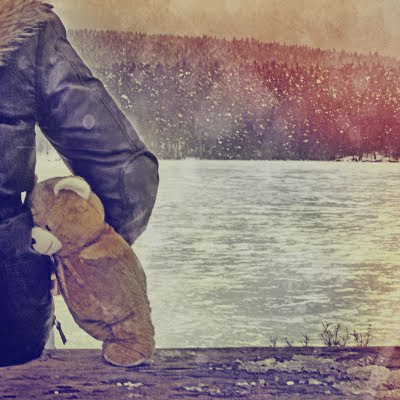 My dad was a revolutionist. He lived in a culture of tyranny and imperialism. He was a freedom fighter in the war, a legendary one. He left me behind to play with my friends as he went off to wage war against the bloodthirsty king of Scotland. In he end, he died, but Scotland gained it's freedom. Except that wasn't my dad at all. That was the story of William Wallace as told through the movie "Braveheart."

My dad was the anti-Braveheart, he was the opposite. He was unbrave. My mom got pregnant and he got gone. In fact, offered her $5,000 to leave well enough alone and walk away. After all, she was the promiscuous one, not him. Guys are just being guys. My brother Will used to say, "Like Jesus always said, Boy's will be boys." She took him to court to fight tyranny and give me a semblance of a father. She was the freedom fighter, the warrior.

1978. No DNA testing was admissible. Her word against his....and my brother's estranged father's. They ganged up on her. She was defenseless. He left the courtroom smiling.

I lay on the court pew, staring at a small hole in the toe of my mother's friend's stocking. I slid down to the floor to get a closer look. I probably resembled Ralphie with the leg light. I picked at the hole until I could get my finger through it. I looked up shortly after and my mom was sitting next to the judge talking about something. It was nothing to me then, but was going to determine my future for better or worse. He left grinning. I left murdered without knowledge of my demise. But really? Was I?

If you asked me at age 13, I would have told you I was dead. I wasn't a man, but I had to grow up fast and learn as I went. I did things that men with integrity did not do. I learned the hard way every step of the way. We didn't have much money, so I think us moving all the time encouraged me to put the blame in the wrong corner. I pointed my fingers at my mom, because I couldn't find my dad.

I always wondered what he looked like. Will I look like him? Will I see him someday in the world and we would make eye contact and just know and walk away? There were two occasions in which this did happen.

I worked at a factory and there was this guy on the morning shift that trained me. I spent hours on top of steel rollers talking to him. There was something familiar about him. A very strange piece of me wanted him to be my dad because I could forgive this guy, I could love this guy despite the anger and hatred that fueled my blood to circulate. His name was Jim, as was my fathers. He had a daughter a year younger than me...one of the only pieces of information I knew about my dad, apparently when I was a small child I played with my sister in front of a church during a kids musical presentation. He wasn't my father.

Another time I was working at a factory and this Scottish guy walked in. My father was Scottish. His father born in Scotland. He used to come watch matinees at the theater wearing his kilt. Again, this strange familiar feeling that this one was something different to me, not just some kilted Scotsman. I believed him to be my grandfather Noble. I dashed over to the cash register and pushed the teller out of the way to take his payment. He paid by credit card. He was not my grandfather.

It was hard for me not to know who he was or what he looked like. This was the single thing I wanted to know the most. I needed a face to paint my anger on. I didn't get it until a couple years ago when my mom hired a PI for father's day to get his picture for me. He was nothing special at all. I looked at his face and felt nothing familiar. I was ambivalent. Wasn't the reaction I was looking for.

All my memories of my father came from memories of someone else's father. People I idealized and wanted to be, just were not. There was this guy, who when contacted three times rejected me three times. Just like Jesus. I should have rejoiced in sharing in His suffering.

It took me a while to ask myself the most profound question concerning my father: Was I better off without him? I looked at so many things to determine these things. My sister told me through a rejection email that he was her hero and was this utopian man dedicated to serving Christ. I only knew the back of his head. My mother raised us without much. We could have used some help. He raised my sister in this big house with tractors and motorcycles. My mother worked and will continue working 14 hours a day to keep food on the table and a leaky roof over our heads. Once we had to live in a rat infested house. He got to retire and relax and enjoy everything a break gives you. I struggled with rejection and rage my entire life. I made crucial mistakes that have altered my life. I have been broken and broken things all due to the lack of any idea at all on what it meant to be a man. Because of him. But was it? Was it because of him?

The answer, after so many years of suffering is no. It was because of God. God does not cause sin. God does and will work through anything He chooses though. God had a finger on me from the womb. My father's heart was hardened, but God saw something different in me. He created it in me. He mourned and wailed and howled with me as I suffered, but He did all of those things with me, not just for me. I was no pity case to my Christ, I was a warrior, training how to get cut and bleed and continue to fight. All of these things make sense to me now. I am who I am because of who He is and what He has done in me. God moves in disaster. God moves in defeat. God moves in misery. Because nothing in this world or the next is mightier than our God.

I got what He wanted. I got to be stronger than my father. I got to know God in a way my father could never imagine. I got to really appreciate being a father as a child that never was one.

Our God is good. If you are in turmoil, take heart in that. Hide it deep inside your heart.

Email ThisBlogThis!Share to TwitterShare to FacebookShare to Pinterest
Labels: "The Lie Detector Results say.......You are ? The Father"