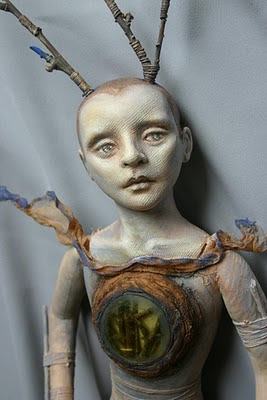 I barely knew them. I had met them only a handful of times before in Wednesday night classes at church. Due to the gang activity at my school, my mom pulled me out of public school and put me kicking and screaming into private school. I had to clean the bathrooms to attend, but in the end it ended up worth it. I sat down next to them. Joe had a video game. Will was taller than I remembered. I sat between them, next to their mom, who was struggling to listen to the blue haired super dork yelling about money or Jesus...wasn't sure which of the two were more important. I was unsure of myself. I had never been completely sure of myself. I just tried to fit in the best I knew how given the way I came off to people. I was never the shy kid. I never will be the shy kid.

I was loud. Joe would score on his game and I would yell in victory...in church as the money man was talking. Joe and Will's mom looked at me and said, "Shhh." I listened for a minute, then became distracted with her kids. She should have smacked me. She didn't, but at the end of the day, she told me not to sit by her kids again...a sentiment I could never blame her for because I was the loudest kid on earth. Later that day through her frustration she saw something different and invited my mom and brother and I to dinner at a Chinese restaurant. I ate a hamburger. I hated Chinese then. Not now, but I did then.

I was attached at the hip with Will and Joe from that day forward. I don't know what was different about them. I had met hundreds before them. I had moved every couple years of my life and made a lot of friends, but none like this. There was something profoundly, but unrecognizably different about them that drew me in. Maybe it was the fact that they didn't care where I was from or what I had done. Maybe it was that they didn't need me to fit a mold of who could or would be a sufficient friend. I don't think either of them had a mold.

I sat timid in the deep couch cushions as their grandma told me that God had something different for me. I didn't and couldn't believe her. She was harsh and belligerent and tenacious about her will...God's will. She would not budge. Every time I saw her from the day I met her to 20 years later when she passed away, a real warrior, she told me she was praying for me and something different was going on with me. I learned to believe her. She was never wrong.

I sat in my 6th grade classroom with my yearbook in hand. I was trying to get a certain girl to sign it...Hopefully professing her undying love for me in it. I saw her coming. I was walking to her. Then this dork stepped between us. She grabbed my yearbook from me and took it to her locker. I was pissed. I missed my chance with this girl I had been going to school for months to speak to. How dare her, I thought. She handed me the yearbook back an hour later. She took up a whole page in the front. Again, I was pissed. But then I read something that messed with my mind even still today. This 11 year old girl bore my soul on the paper. She knew everything about me. She knew all of the things I was hiding. There was nothing I could dispute. She told me I was a follower, but really didn't need to be. She told me to step from the shadows and be what God wanted me to be. I didn't get it at the time, though I was intrigued, but now I realize what it was and why I remember it now...it was God speaking to a wrecked child at the time he needed something different.

I had a friend hang himself a few weeks later. He was the John Lennon of the school. He could do nothing to tarnish his image. He was everything I wanted to be, but never believed I could be. He was this myth that passed away in the night by rope to the neck. He was still just a 12 year old boy. Legend or not, he was a kid. From that day forward, death became an obsession. My mom held me on the couch as I came home from school crying. Neither of us really knew why. It was just wrong. From that day forward, death was my muse.

To leave a comment, click on the specific blog title and the comment form will be at the bottom of the page.
Posted by Zombie at 2:44 AM