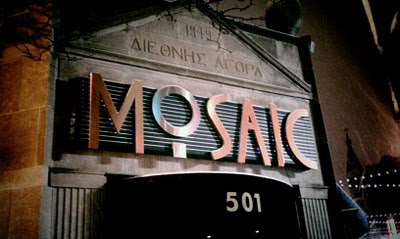 The heat radiated from the white painted tin that vibrated in waves like a train 2 miles away from where you lay your head. It was cold both in there and out here. I lay there humming "Yesterday" from the Beatles. "Suddenly, I'm not half the man I used to be" was my favorite part. I liked it because half the man I was would have been a tadpole making it's way to life. I was just a kid. Both days, I was still just a kid. The tracks were really cold. There was a menacing sterility about them, like they really didn't care what happened that night. Tomorrow, they would vibrate just the same but with a little more color. The heat of the tin had enticed me to join in it's melody of song as a vigil to a child lost to disaster. I laid on it. I laid on them. Even if they didn't love anything. I loved them.

A thought ran through my head. Is this life or death? Is this me living? Is this what it is supposed to be like? Or maybe, this is me dying. Didn't much matter once I laid my head on the cold steel. But this day, it was the single question that if answered would have changed everything...possibly for the worst.

I cried. But not like a kid cries when he bumps his head or when his bicycle gets a flat. I cried like a kid that lost his mom to a freak hot air balloon accident. It was other worldly. Something no one would expect from a kid that age. I cried like a puppy cries when you have to cage it and walk out of the house. No one hears it. It may cry all day long, but you are busy being human and the puppy will never get that honor. I cried alone. I whispered to myself, "Everything's gonna be alright Adam, just breathe." I said the same thing years later still laying on that metal. Again, crying something other worldly. It wasn't like there was no one there to hear me. Mom was in the other room. My brothers were waiting for me. The battle was a silent one. But one that even the tin below me knew was coming.

I pictured sitting on the floor of a row boat in the ocean while the waves spit their venom in cold bursts of spasm throughout my body. It was dark. The moon had deserted. Everybody had deserted. I pictured that heat on the floor of the boat...my only refuge from the violence above. I didn't want to see what was happening around me. I wanted to be ignorant in that boat, just rocking back and forth like in a womb.  I thought about that boat many nights. I thought about it while laying on the hot tin and the cold steel. It was the only place I could go. 12 or 19, it was the only place I felt safe.

I walked over 6,799 boards to get to that spot that seemed like a reasonable place to sleep. Every board told a small part of how I got to my destination. I walked for a century. I had finally found a place to rest. So I laid down on the lightly vibrating cold steel. As it shook, I remembered the way the hot tin felt on my face as it sung me to sleep. I remembered what it felt like to be a fetus fighting for it's life against the impending needle. 6,799 boards will hurt your feet while crossing. They can hurt a lot of things. Things flooded my eyes. Things that I had tried not to remember. The zipper being zipped over my face in the night. The face of a demon laughing as I wretched. The kid that throws his football up in the air and runs beneath it in the front yard, then pretends to get tackled or score... The only victory he may ever see. The little man that bites his nails nervous for what may happen very soon. The 5 year old that was terrified of nuclear war, listening to a saxophone weep in the park. This kid lays his head down on the steel and feels joy.


To leave a comment, click on the specific blog title and the comment form will be at the bottom of the page.
Posted by Zombie at 1:56 AM