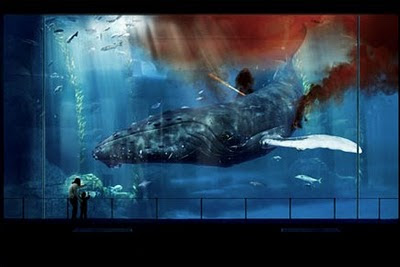 So what happens whenever I am doing well? Struggle. Another dream. He was there, but only watching me gasp for air sitting on that bench by myself in one of my secret places. He watches me weep louder than I have ever wept. He just watches, then goes away. Like it was just a reminder of the hell I have been through the last year.

I open my eyes in a few blinks and sleep is over. The dream isn't. I fought every cell in me to get myself off of that bed today. I wanted to give up. Many who are reading this are tired of hearing about Will. I know because whenever I write about him, I lose readers. But I think it is because people may not understand the relationship I had with him. We weren't just friends. Him and Joe were ALL I had at a time in my life I had decided to give up. I wanted to die every day I existed. I was nothing but anger and rage. It was me against the world and I had no one standing behind me. They saved my life. Will was standing to my right and Joe to my left, both willing to take any damage directed at me. I swear to my Sovereign God, if I had the opportunity, I would have jumped in front of a bullet for them.

I watched him descend. This is the worst part of the horror that festers in my mind about the whole thing. I watched it happen. I tried to help. I tried to lead him in a different direction, but I didn't stand side by side with him. I stood behind him. There was a time, I would have stood in front.

All day, I have been back to January. A month that I hardly remember now. There were too many tears. I was sick and wasn't sure if I would make it. I recovered. Then I relapsed. Then recovered. Over and over.

I remember punching a statue of Mary, because I was so mad that she was praying. I couldn't do it for a few months. I couldn't even speak to my God who gave me Will in the first place. I was so mad that he let him go. Like that. I knew better. I believed better. I could not make my mind acquit God, but more than Him, myself. To me, I was covered in his ashes. Later, by the grace and compassion of Christ, I recovered. I remembered the warmth in His love. I remembered the bitter taste that Jesus suffered and blamed sin. Not His Father. I blamed my Father. The only father I had ever known.

I miss him so much. Today has been rough. I cannot get out of last year today. I'm gonna see him again. This time I will stand side by side with him. I won't forget what it means to be a brother. I will be perfect, just like he is now.

It is really hard to sing right now. But despite my tears, I will sing. Despite my wounds, I will migrate.

To leave a comment, click on the specific blog title and the comment form will be at the bottom of the page.
Posted by Zombie at 12:02 AM