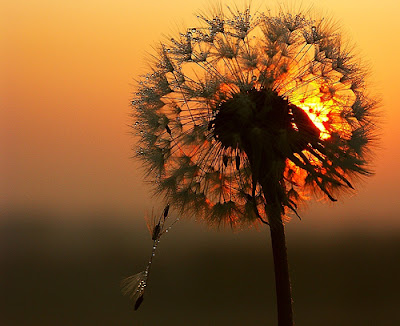 I am 32 and I have been a dad for 14 years. That's nuts to me. I was too early for the bus to fame in having a child as a teen. I could have been that irresponsible and mentally inept boy-father on Teen Mom that shrugs his shoulders at everything. Oh well, there is always Caeden and Aevry, I will keep my fingers crossed. I have always wanted to be a stage dad like the Lohan guy. (In case you don't know me...I am joking)

Here is a snapshot of who I was while fathering a child just out of high school. I lived in an upper flat in Wyandotte with my brother. It was an outdated, but really cool/vintage without trying sort of place. People buy the things that were left there since the seventies. I was proud of it. I drank a lot at the time. When I say a lot, I mean enough to fill an average swimming pool. I worked at Star Theater as a supervisor and worked mostly the night shift. I would get off work, come home, and crack my first Bud Light. Before I realized it, there were 15 beer tabs on the table and I was reeling. Come to think of it now, I don't remember much of anything I did for entertainment during those times. I didn't have the internet, AOL cost like $30 dollars a month for dial up then and I didn't have a computer anyways. The internet was still new. Geez I sound old. I bet I will tell that to my kids and grand kids and they will jump back in shock that I was around before the internet. I would write a lot...obviously on paper, or later on a Brother word processor I bought for a hundred bucks that would spit out my writings in green/white line fashion with that paper you could make banners with that printed for like 4 hours with that annoying noise. I would drink and drink and drink and listen to Counting Crows or Tupac until I passed out where I was sitting. Some nights I staggered around the neighborhood or took confession at the nearby Catholic church's midnight confession. I wasn't very happy. I didn't get along with many people and I don't guess I much cared about that. I wore a pendent given to me by a stripper girlfriend I had at the time that said "F the world" but in profane fashion. It suited me. I had Will, Joe, and Andy... My three brothers that never came from my blood.  Me and my brother Jason were so different and that was like a wedge I guess. Love him dearly and he feels the same, but we just never had much in common. I wasn't a very good brother.

I knew exactly just how lost I was. I think everyone did. You could see it in my eyes. I believed in God. I was raised in church like 3 to 5 times a week depending on the year and church. I just thought He hated me and I had some really bad pictures of Christianity painted by religious hypocrites. So I guess I made a conscious choice to hate Him right back. I blamed Him for everything that had ever gone wrong. I had no hopes for a future and I stopped looking. It's hard to explain the way I felt. If it were an intense feeling like hate or rage, I could relay it to you eloquently. It was just nothing. Numbness. I didn't feel anything at all. It was my choice to shut everything out. I was an old paint can that was used to paint some kids bedroom 10 years ago that had since separated itself into two equal parts of thinner and white muck. I sat stagnant. I can't remember a passionate thing I did during that time. I had a 6 foot Iguana Will and I bought that kept me company at night...at least the nights I spent away from the toilet or Will's floor.

It wasn't until that day that I let it all in at once. That day, God would not allow me to ignore Him. That day, I finally dropped the razor and fell to my face melted in heartbreak. It was like realizing everything you had always believed was wrong and I had wasted so much time lying still in ignorance. What an idiot I felt like. A fool. But here was God forgiving me in the most intimate ways; reminding me that He had always been there and had always wept with me, not for me. I felt buried alive and freed just before the air ran out.

What a contrast light is to darkness...morning to night. It is good to remember why we are so grateful for our Graceful God.

To leave a comment, click on the specific blog title and the comment form will be at the bottom of the page.
Posted by Zombie at 12:16 AM