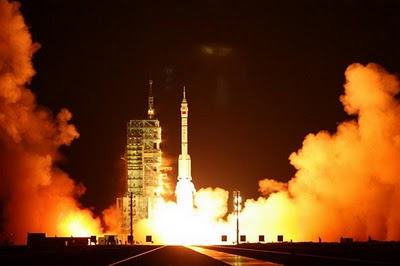 I shot my first rocket into the air. The sparks grew flames and lit up a straight line into the night for about 100 feet, then fizzled and fell. I laid back in satisfaction. My rocket was well engineered given the materials that made up it's DNA... Paper towel cardboard from it's core, toilet paper (for packing), cut pieces from a shoe box, and a single rocket bought from Meijer in the middle of the night. Will lit his. It flew even higher (due to his superior engineering prowess). He laid back and enjoyed watching it go places we have never been. Now Joe lights his and runs over to us and watches it fly sideways, spin, and crash into a bush burning the rocket fuel for nought. Par for the course for Joe sometimes. "It figures," he says. We lay in the grass under the same tree we carved our initials into and spoke about things we would never repeat to anyone. There isn't much to do at 4 AM than open your hearts. It was a foggy night, mid-fall. We had no idea where life was going to take us, we just had faith that wherever those rockets flew, we would go also.

After many years of hoping and flame streaks across the sky, we lost hope. We realized that dreams are just dreams for some people. Some people like us The Dead End Kids don't ever realize the things that they hope for. It doesn't mean there isn't something profoundly better awaiting us. It just means that the things we always wanted were elusive and sometimes impossible to grasp your hands around. To be honest, I don't think I ever believed my dreams anyway, I just kinda went along with what they were saying, because they were more normal than me and I wanted what they wanted. I really don't know what I really wanted. I knew I just didn't want what was happening and especially what was about to happen. Life did a good number on all three of us, systematically breaking every part of the three of us. But we had each other...always. The world makes you feel so small. The three of us proudly stood each other up in our weddings. We all danced with our mothers to the same song. (Mama from Boyz To Men) We all made speeches at each other's weddings and all swore allegiance to each others kids. But something wasn't right. Something was missing. Fire. That intensity and passion that made us do all of these idiotic things had died somewhere along the path of growing up.

I believed from the first time I sat in front of those two guys that I was there for a specific purpose. I believed it and told Joe from the start that we were brothers for a reason. I have never stopped believing that. We lost one and to our eternal heartbreak, we can't get him back, but I will never let go of the belief that I was a part of Will discovering an ever chasing Christ.

That morning, I approached the front door, looking to my right because I knew there were a pair of legs dangling to my left. Joe came out and looked at me with desperation and hopelessness and pressed his forehead against mine and wept. I couldn't weep yet. I was still in shock. He felt so guilty and alone...a feeling I would very soon get used to feeling myself. What happened to those rockets? Where did that passion go? Can it just disappear like that with no trace of it's path? Like I said, the world makes you feel so small. His sister came out and asked me a question I will never forget and I hope she doesn't mind me sharing. She asked me, "What does the Bible say..........."it doesn't matter what was said next. I knew what she was asking. I said to her with an uncertainty I am ashamed of now, "The Bible says blasphemy is the only unforgivable sin." A fact my pastor drove home and brought tears to life at Will's funeral when he said, "Nothing is more powerful than the cross." There are no more powerful words that have ever been said to me than those on that day. It melted me. Reminded me that even when rockets burn out and fizzle, God is still more powerful. He doesn't fizzle.

Maybe that is the very reason we are united together.


To leave a comment, click on the specific blog title and the comment form will be at the bottom of the page.
Posted by Zombie at 12:16 AM