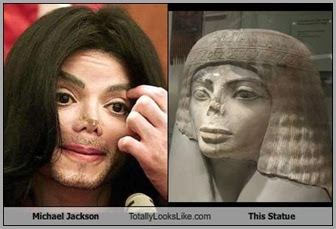 Gonna post a few rare light hearted ones. Feeling like a temporary change is in order. I say temporary because I have the habit of thinking and posting to the world that a good feeling or era of my life is permanent, only to be duped weeks or even hours later.  Crap. Started to write sad things again. Someone stop me if I try that again.

What do you fear?

I fear a few things. I will list them in a list. I will even add a reason.

1. Death. At least not being remembered for anything or even just not existing here anymore. I don't like that thought, it is a cruel one.

2. Unstable heights. I am not afraid of going on the top of the Sears tower, however I am afraid of chairlifts. Some strange and morbid thing in my head beckons me to jump off every time. In fact my warped mind tells me to do a lot of dumb things. I have actually acted on some of them. I worked in a factory using a press. I flipped a switch up and the press would slam down. I flipped in down and it would recede. I got the urge to flip it up and wave my hand under it and escape losing a set of carpals. I acted on it and got lucky. But not so lucky when I wanted to see what would happen if I touched a spinning bench grinder. I nearly lost my finger in a blood bath on that one. Anyways. I am afraid of planes. Anything that requires you to have faith that God is holding it up. Kinda shameful I know, but a solid concrete foundation can sometimes look more reassuring than an unseen God. Sad.

3. Nuclear war. (For Dave I will pronounce it Nucuuuuuular) A guy that stood in the park playing the sax when I was a little boy taught me about that little issue. Told me that Detroit was a huge nuke target because of the auto industry and if and when they decided to drop the bomb there would be no escape. We would be vaporized. Watch the 80's movie The Day After. That was how I pictured it happening.

4. Number 4 is too sad. I will not discuss it per my promise.

6. I am afraid of breaking my nose. I was punched in the nose in kindergarten by a 3 fingered (one thumb) karate guru for making fun of his missing finger. My nose shot out blood like a freed fire hose and got me to think that I really don't like getting hit in the nose. Ever since, I avoid any potential nose disasters by keeping a sharp eye on nose hazards. The problem is the unseen things that lurk behind corners waiting to break your nose. Here is a short list of things that have nearly broken my nose: Opened the car door right into my nose, multiple baby back head butts to my nose, a corner on a wall that jumped out and thumped it as I was looking backward whilst walking, and yes, my own knee somehow kicked me in the nose. That's it. That's all I am afraid of.

To leave a comment, click on the specific blog title and the comment form will be at the bottom of the page.
Posted by Zombie at 1:41 AM