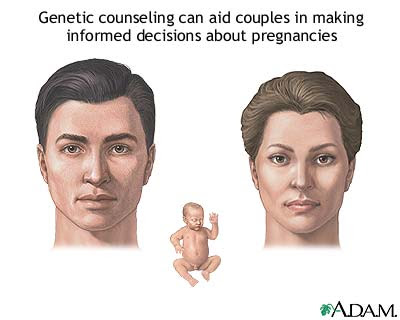 If you liked Gattaca, the movie, you will want to check this link out. This is the really real world now. It isn't a movie anymore. Incidentally, Gattaca was named after a genetic sequence for those who were wondering about the significance of the title to the actual movie.

I was wondering about the significance of the movie to actual life. Turns out it isn't all that far off, or at least they say it isn't.  I pose a hypothetical:

You are pregnant and go to your OB when you notice symptoms of pregnancy. Your OB does a work up and refers you to a genetic counselor who tests your's and your spouses DNA. What they find is a strong possibility that your child will be born deformed or mentally incapacitated. Now you have this ethical dilemma. Is the possibility of a "Normal" child worth running the risk of a deformed one? One that will require all of your lives, all of the time. Is that kid worth it? It is a nasty thing to think about because human life can never be correctly predicted or judged. Another question:

What would the world be like if we always had this capability of knowing? What if so many of history's world changers never were born at all because of the possibility of them being sick?

Abraham Lincoln (Bipolar) would have never worked to set the slaves free. Isaac Newton (Bipolar) would never have discovered the gravitational relationship between the earth and the moon. Winston Churchill (Depression) would have never led the world to the defeat of Hitler in WWII. There are so many deformities and disorders and so many people who suffer from them. But would all of them choose not to be born? Would they choose the path of non-existence to avoid the pain of being alive. I don't think most of them would.

Ruth Graham is the daughter of evangelist legend Billy Graham. She spent her life living in the shame and darkness of various eating disorders, drugs, and depression. She thought that she could never speak of her struggles because of who she was and who people expected her to be. After all she was the child of the most famous evangelist of all time. It didn't change her condition. That simple fact changed nothing of the darkness that lingered in her life.

She went on to write the book "In Every Pew Sits A Broken Heart." Her message: Being a Christian doesn't guarantee a perfect life. It doesn't guarantee wholeness. Sin wrecked that for us long ago and for now we will have to wade through some very rough waters. One's that threaten to pull you under and slam your head on the rocks. A current that desires to drag you under until you breathe your last. This is life for some. Ruth Graham accepted Jesus for who He really is, a healer and deliverer and not the she expected to see. But do the scientists think to ask those who suffer if it is all worth it? My guess is no.

To leave a comment, click on the specific blog title and the comment form will be at the bottom of the page.
Posted by Zombie at 1:21 AM